‘Want to be known as a saxophone evangelist’

Bengaluru’s only full-time saxophonist Raman Iyer says that he was immediately attracted to the
instrument, which as beautiful as it is, can get you carried away like a ‘bathroom singer’

BENGALURU:Often, people who have learned a musical instrument as kids, stop practising once they get older, with busy schedules and lack of time being primary reasons cited. However, 57-year-old S Raman Iyer, fell in love with the saxophone at an early age, and is now a full-time musician. In fact, Raman is the only full-time saxophonist in Bengaluru, and has been performing since 1977, for more than 30 years. 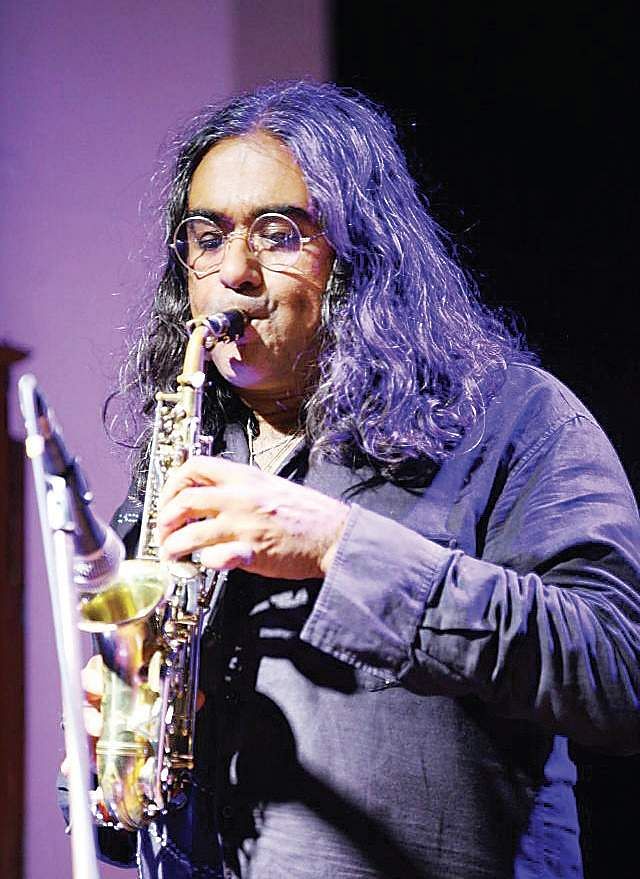 “While studying at Bishop Cotton School in the city, I had a good music teacher and he was a saxophonist too. He was so fluent with the instrument that the audience would automatically get attracted to it. I was so inspired by him that I asked him to teach me,” says Raman, who bonded with the instrument immediately. On the side, Raman has also learned to play the piano, guitar, flute and vocals.

Raman explains his interest towards the saxophone happened on a personal level. “People are so fixated on money and materialism, which is the reason why they don’t pursue their passion as careers,” he explains. However, at present, the opportunities for musicians in the city are on the rise, he adds.

When compared to other instruments, he says the saxophone is a tricky instrument and requires good breath control and coordination between hands, fingers and mind. “It is either a beautiful instrument or can get you carried away like a bathroom singer and end up being an ugly instrument,” he says, adding that he was inspired by the famous saxophonist, Kenny G.

Apart from teaching 10 advanced students in the city, Raman enjoys performing three-four shows a week. He has also performed internationally in Malaysia and in the UK for the last two years. Seeing that the independent musicians in the city were given smaller events as opportunities, he went on to complete his masters in event and conference management, and did a thesis on Jazz, his favourite genre to perform. The other interesting genres he performs are Retro, Electronic and Jazz-Rock, which has been performed in front of large audiences of up to 600 people.

The challenging bit about the instrument is the physical and mental effort that goes into the instrument. “Maintaining good health is very important. On some occasions, I have to sing as well as play the instrument based on the audience's demands, which is stressful,” he points out.

To the people watching him, he hopes to set an example that music too can be a career option. He wants to be known as a saxophone evangelist who spreads awareness about the instrument. To catch Raman live, head to 1Q1 Kitchen & Bar on May 2 at 8 pm.