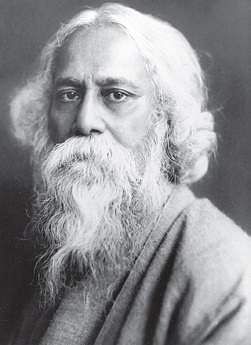 Subhendu Ghosh, president of the Bengalee Association says, "On May 9, we have an in-house programme, in which all are welcome for the programmes that include music, songs, dances and recitation of Tagore's poems. Since it's a week day, we have a similar programme on May 13 which will start at around 7.30 am."

The ritual 'probhati' that they follow in many parts of the country where a morning prayer and song is offered, will also be done here. The association has made arrangements for people to assemble at Ravindra Kalakshetra on May 13 and start the programme with Tagore's song 'Aandaloke Mangaloke', offer flowers and walk into the auditorium for enjoying rest of the programme. "In Kolkata, the programme is held at Rabindra Sadan. This morning programme can't be done on a week day, which happens to be his real birth date, so we’re having it on the following Sunday as on Saturday, we have elections," he says.

The programme will see around 40 artists and some dance and music schools, come on stage and perform to Tagore's poems and songs. "As the years go by, there are more and more talented Bengalis who come to Bengaluru. We try to incorporate as many artists as we can. There are also English and Kannada translations of Tagore’s songs. We will also release the in-house-made Bengali calendar on that day," he adds.

The association was formed in the 1950s and celebrating Tagore's birth and death anniversary has always been part of their tradition. The association also has a dedicated Tagore cultural centre that has works of the Bengali polymath.

The Bengalee Association is a socio-cultural organisation with multi-cultural objectives. They are largely involved in activities that propagate Bengali culture among children who are living outside their native state.

"Apart from this, we work for several causes, make contributions to charity from whatever we earn. We recently had a blood donation camp that was supported by the Red Cross," he adds.

Now we are on Telegram too. Follow us for updates
TAGS
Bengalee Association 'Kabi guru' Rabindranath Tagore