Ethical and fitness-conscious youngsters in the city are increasingly looking for ways to eat healthy and non-animal product food.

BENGALURU: Compassion for livestock facing brutality at the hands of the dairy industry has led hundreds of youngsters in the city to switch to a vegan diet. To their surprise, it led to better health and well being -- a cherry on the top.

A member of the Vegan Bangalore group, Mallika Dutt made the change two years ago and has not regretted it since. "Veganism is more than just a fad. For me it boils down to sentience, when people see animals in pain for the sake of producing and selling milk, meat and more. I am proud of having done my part in getting 65 to 70 people to turn vegan," says Mallika.

What she did not see coming her way was a drastic improvement in her physical and mental health.

"Until May 10, I was an overweight vegetarian weighing 83 kgs. I watered down my consumption of curd, ghee, milk, jaggery in installments and was completely vegan from June 10. By August 5, I lost 25 kg. I went from size XL to S in such a short time," says Mallika, adding, "When I was on anti-depressants, I used to eat a lot more milk products as the sugar content can be addictive. Now that I have given them up, it makes me feel a lot calmer."

When Susmitha and her husband turned vegan in 2003, there was not much available information available on the Internet about alternative vegan food sources. "At that time, few people in Bengaluru knew of veganism. There were not many blogs or recipes which is why I started experimenting. Gradually, I started sharing my recipes with friends and took classes for hotel chefs. During this time, I had no clue it would be good for my health," says Susmitha, who insists on her last name being veganosaurus.

She went from a regular customer at Carrots Restaurant that serves only vegan food, to co-owner in 2013."Youngsters nowadays have access to a lot of information. They turn vegan keeping in mind the health benefits. I used to fall sick with cold every other month. Once I turned vegan, the attacks of flu disappeared. It took me a whole year to make that connection. Later I found out diary increases phlegm production and risk of lifestyle diseases such as cancer, blood pressure and diabetes," she says.

Her father, suffering from diabetes, found solace in the vegan lifestyle. While he still relies on medicines, he no longer requires insulin.

Healthier skin is another advantage, younger vegans shared with City Express. Radhika, who works in a consultancy firm shares, "Though I never ate meat, I did not realise how harmful dairy products can be. In India, we think cows are happily eating grass on the farm but that is not the case. The females are injected with hormones to induce lactation. The calf is taken away immediately; it is a money-making business."

Much like others, she was pleasantly surprised to find a change in her vigour with change in diet. "I feel much lighter. My skin feels fresher and my whole body feels more energised," Radhika says.

Similarly, Mallika says,"When I was 14, I began developing acne. I went to every dermatologist I could find. They pumped me with pills and expensive skin lotions but nothing worked. After 3 months of turning vegan, the acne disappeared!"

She believes dairy and meat consumption may be contributing to acne outbursts because cows are injected with antibiotics to increase milk flow or become fatter for meat consumption.

"These chemicals when consumed by us, causes hormonal disruptions. The trick is to not go all out at once, or else you'll feel miserable," she opines. 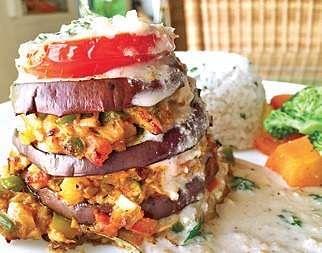 'Dairy can cause hormonal imbalance'

Nutritionist Swati Mehrotra finds an increasing number of her clients turning vegan. "Vegan diets are becoming popular. There are pros and cons to it and everything has to be done in moderation. For women suffering from Polycystic Ovarian disease, the hormones given to cow’s milk worsens the problem, creating an imbalance in period cycles," Mehrotra says.

"Hygiene is another advantage of this diet. Cholesterol levels do increase with dairy products and hence, a vegan diet can reduce risk of diabetes to an extent. However, it is not recommended for all age groups. Calcium and protein content are not sufficient in vegan food. Lean, white meat, low fat milk are essential for good nutrition," she advises, adding that in her experience, significant weight loss can’t be achieved with a vegan diet.

"For senior citizens or those into weight lifting, they need to ensure supplements such as multivitamins, proteins and calcium are consumed somehow. Soya, fortified cereals are good substitutes for vegans," she adds.

Now we are on Telegram too. Follow us for updates
TAGS
dairy industry Vegan Bangalore group Veganism