School principals say switching to board exam format is reason; State students fail to make it to All-India top three.

Prakhar Mittal of DPS Gurgaon, Rimzhim Agarwal of RP Public School Bijnor, Nandini Garg of Scottish International School Shamli and Sreelakshmi G of Bhavan’s Vidyalaya Cochin share the first rank.
The overall pass percentage has dipped this year by 3.35%. This year, the overall pass percentage is 86.70 as against last year’s 90.05. But the Principals of several CBSE schools in the city feel it is because of the switch over from the Centre for Continuing Education pattern (CCE) to board exams. “From the last nine years, the scoring format was CGPA (Cumulative Grade Point Average) and it was CCE pattern at schools. From this year, this has been discontinued and board exams were made mandatory. This has affected the performance of students,” said a principal of one of the top CBSE schools in the city. 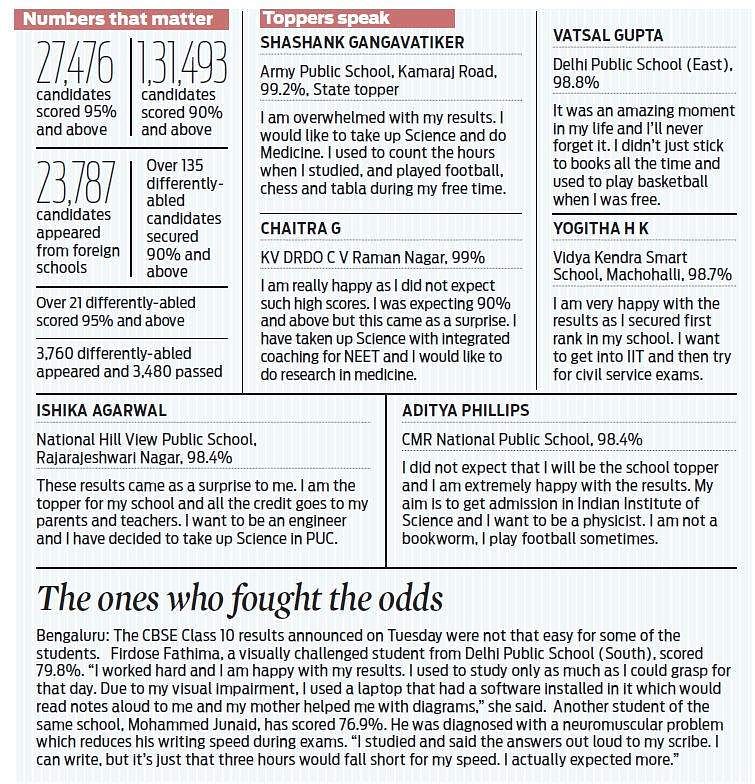 Now we are on Telegram too. Follow us for updates
TAGS
CBSE Results 10 standard