With Googlemarking 20 years of doodling recently, some Bengalureans have recognised their hidden talent and are putting their heart and soul into it.

BENGALURU: Stop scribbling!”– our school teachers used to make sure we concentrate on the lesson being taught. Little did they know that some of us can actually turn this favourite past-time into a hobby and gain recognition out of it.

Doodling has become the newest art form that is being taken seriously by the Gen-Y. With Google
marking 20 years of doodling on September 26, some people have actually recognised their hidden talent by putting their heart and soul into it and bringing out its meaningful essence. Mostly, it is based on a theme or an emotion, and the artists try to portray their thoughts to people in the form of
intricately-sketched doodles. 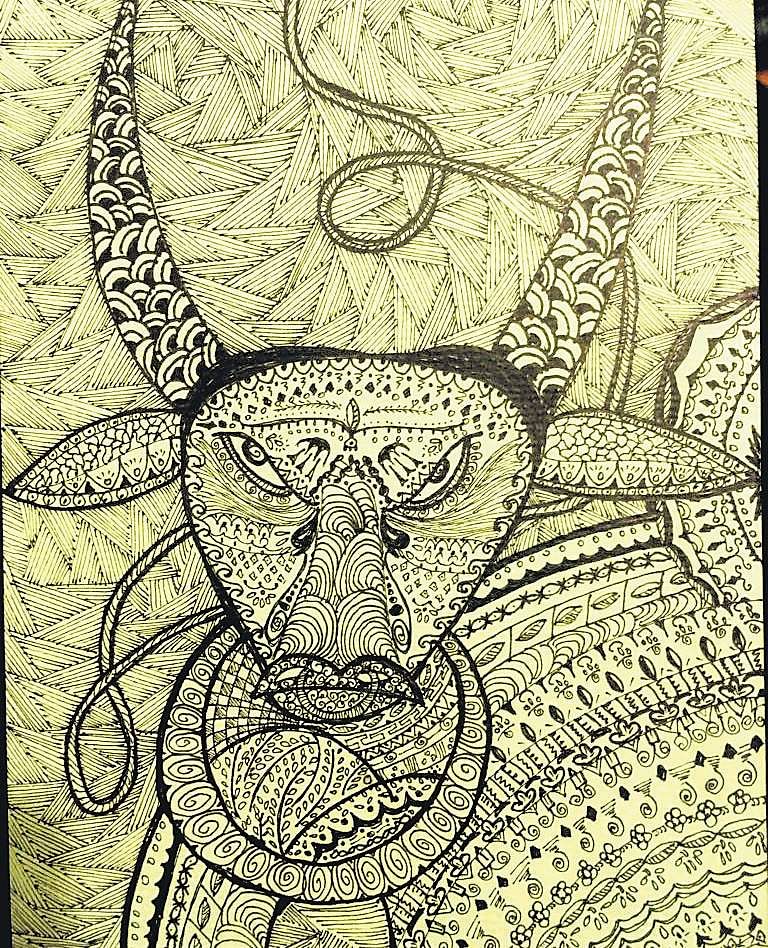 Sonia Parveen, software engineer at an IT company, takes time out to pursue her hobby even after having a busy schedule. “For me, doodling is an addiction. Sometimes, I take up other people’s inspiration and that helps me experiment with my doodles. But frankly, it is about leaving your imagination free to discover new themes and bringing them to life,” says Sonia. Her Facebook page, Doodle Soodle, has garnered much attention in a short time. She also took part in an event organised for artists at Ulsoor where she sold two of her paintings. “There were a lot of artists and I got to learn from each and every one of them. Also, I could figure out my drawbacks and also learnt what customers like. Their love for colour and vibrant art has encouraged me to keep doodling and connect to people in the coming days,” she says.

Shraman Sinha Ray, senior designer at Trell, has an interesting story to tell. “While my father was dreaming of his son applying for thousands of government colleges and passing entrance tests with flying colours, I was dealing with nightmares where I was an auto-rickshaw driver with the looks of Ryan Gosling. Basically, I was a guitar player, a classical singer, a western dancer, an athlete, and a sketch artist. One day, I took a pencil, a blank paper and started scribbling. As I am a 90’s kid, my fantasies have always been in the boundaries of the Cartoon Network and a few other anime shows. So, it didn’t take much time to strike me that I can draw them, because all the Physics and Chemistry classes were spent on the last page of the text books by drawing different characters. Soon, I became popular in class because I could draw them as a tattoo on my friends’ hands,” says Shraman. He recently migrated to Bengaluru and discovered that his passion has an entire industry here. “Finally, I figured I was not that useless,  which my parents were very much convinced about for the last 20 years of my life,” he jokes.

Venkatesh V, account manager of a news app,travelled to Bhutan in 2016 and got his first inspiration to
doodle. He started small, and then his friends helped him realise his talent. “I put one of my doodles on Facebook and my friend was so impressed by it that she used it as her profile photo. From there, her friends saw it and they too, shared the picture. This gave me confidence and I took up my hobby more seriously. I learnt people’s taste in art and also started gifting them my doodles,” says Venkatesh. His themes range from gender equality to current issues. “When the Jalikattu issue hit the headlines, I felt for it and doodled the face of an angry bull. It was much appreciated,” he adds.

Now we are on Telegram too. Follow us for updates
TAGS
Gen-Y Doodling Childhood pastime