'Pipeline is supposed to be maintained every 15 days by the BWSSB, but they do not come regularly unless we give them a call,' says a resident.

BENGALURU: Patankar Layout in Malleswaram is a 45-year-old locality, which was formed after seeking permission from the Bruhat Bengaluru Mahanagra Palike (BBMP). But at present, residents have been facing issues with a 100-year-old pipeline that has been touching the compounds of several houses in the layout. 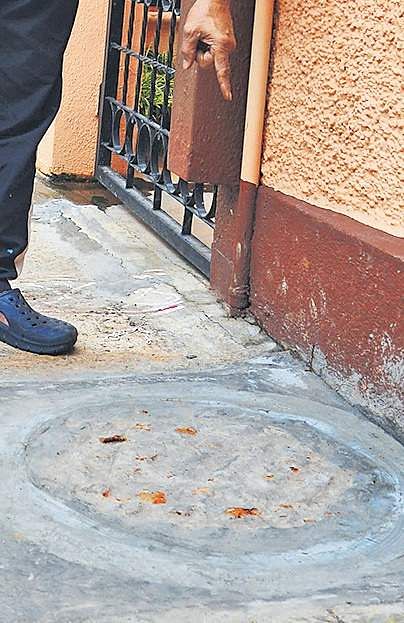 “A hundred years ago, before the layout was formed, there was a bungalow here that belonged to a Diwan of Mysuru. The pipeline was meant for that house alone, but after it got demolished, the corporation was supposed to bring in a new sewage pipeline that is 6 to 8-feet deep, as per BBMP guidelines. But this was only realised after Patankar Layout was formed,” says KS Nagabhushan, chairman of the Patankar Layout Residents Welfare Association (RWA).

The former bungalow extended from 12th cross to 13th cross.
The depth of the pipeline is currently less than two-feet, touching all five houses in a row. At 13th cross road on 6th Main, the 200-metre pipeline is just under the drainage situated in front of these houses. This has resulted in sewage blockage, creating a stink. “The pipeline is supposed to be maintained every 15 days by the Bangalore Water Supply and Sewerage Board (BWSSB), but they do not come regularly unless we give them a call,” says Gopal Rao, resident welfare association member (RWA), Malleswaram.
The first official complaint filed by RWA members was dated August last year. After pressure from residents, an engineer from the BWSSB had visited the layout for inspection in November, but till date, no action has been taken so far, they tell CE.

“We had approached the BWSSB six months ago asking for a new pipeline, which is according to guidelines, and they said the work has just been sanctioned and immediate action will be taken. Till date, there has been no word from them,” says Gopal. The pipeline is also connected to the rainwater drainage, which is not allowed, he says. Kemparamiah, engineer-in-chief of BWSSB, says that he was not aware of the issue, and has ensured immediate action after going through the complaints from the residents.

Now we are on Telegram too. Follow us for updates
TAGS
Malleswaram Sewage block