A common complaint among customers is that the food — be it idli, avalakki bath, rice or sambar — is either uncooked, cold, hard, lack vegetables or inedible.

BENGALURU: Former chief minister Siddaramaiah’s pet project ‘Indira Canteen’ seems to be losing its popularity. Many customers complain about the quality of food served in these subsidised government-run canteens. However, Bruhat Bengaluru Mahanagara Palike (BBMP) authorities say they have reviewed the situation two days ago and are taking the necessary steps to resolve the issue and provide good quality food.

A common complaint among customers is that the food — be it idli, avalakki bath, rice or sambar — is either uncooked, cold, hard, lack vegetables or inedible. They say that the quality has deteriorated since the canteens’ launch in August, 2017. Operated by BBMP, these canteens serve a fixed menu on different days of the week. 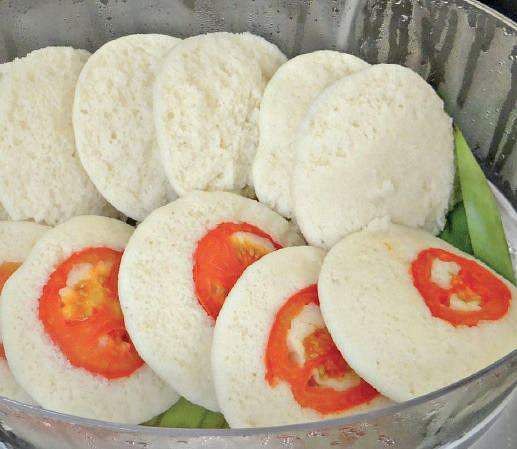 There are 199 canteens being run in the city’s 198 wards. Presently, 22 kitchens in BBMP limits are supplying food to the canteens. Two companies run the canteens with Chef Talk running 110, while the remaining by Rewards. Prakash, a cab driver and a resident of Bommanahalli, is horrified at the deteriorating quality of food. He said, “I have tried the food in three different canteens and the quality of idlis is bad. When the government launched the programme, the quality was good.”

The New Indian Express visited some of the canteens when breakfast was being served. At 7.30 am, avalakki bath was being served at the Indira Canteen in Ramamurthy Nagar. Most customers here said that the food was stale, cold and of poor quality. In Basavangudi, rice sambar is being served to some new customers and they unanimously say that the rice is of low quality and added that the less said about idlis the better.

The customers in these canteens cut across various sections of society - from pourakarmikas to labourers to autorickshaw drivers - and all those who TNIE spoke to were unhappy with the food served.Sumathi, a pourakarmika, said, “Almost 90% of the time, the food is cold. We appeal to the BBMP to improve the quality of idlis.” To this, BBMP officials said that the problem of idlis going hard and cold will be resolved in the coming days. Complaining about the quality of food at the RT Nagar Indira Canteen, auto driver Naseer Ahmed said, “Who wants to eat in such places where the food is horrible and inferior quality ingredients are used?”

Quality control
BBMP officials, however, say that issues about the quality of food, especially idlis, was thoroughly reviewed on Thursday as complaints had been received from many customers across the city. On visiting Indira Canteen kitchens across the city, BBMP officials found that in some kitchens, the steamers were not working properly, resulting in uncooked idlis. Apart from this, idlis were being stacked in huge containers one on top of the other to the brim and this was making them hard and compressed. Further, food was being served cold as the hot boxes were defective and worn out.

BBMP Joint Commissioner (Finance) Venkatesh (in-charge of Indira Canteens) said, “On receiving several complaints we checked different areas and found many issues. If we resolve the problems in one area, they crop up in another. It has been more than a year now since the project took off and we have been doing our best to resolve the quality issue. We have strictly told the service providers not to send bad batches of idlis or any other food, replace hot boxes, not to stack idlis in the containers to the brim and further directed them to have the right quantity of vegetables in sambar.”

The idli issue
Since a lot of complaints were made about the bad quality of idlis, Venkatesh said, “Going from one kitchen to another, we have reviewed the quality of idlis – why they were uncooked, going hard and compressed. Idlis are cooked in steamers, which we found were not working. Some batches of idli were not good – in fact, uncooked. Steam power has reduced – it gets blocked because of continuous usage, so I have told them to maintain the efficiency of steamers.

Now we are on Telegram too. Follow us for updates
TAGS
Indira Canteens Siddaramaiah BBMP