Shhh... koi hai! Some spooks for surprise this Halloween

When some adventure enthusiasts walked into this mysterious camp, they were welcomed by some ghostly figures, zombies and ghosts.

BENGALURU: When some adventure enthusiasts walked into this mysterious camp, they were welcomed by some ghostly figures, zombies and ghosts. They were told that the spooky spiders, mummified tubs, gruesome garlands, and scary skeletons could haunt them for the rest of their lives now. 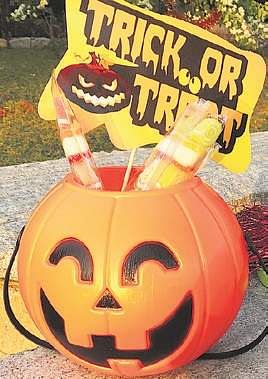 This ‘spooky’ camp was held in a surprise location in the the city outskirts, somewhere near Devanahalli, on October 27 and 28. Organised by the meetup community Banjara & Gypsy, the camping began with the hunt for the location. Sheena Chaudhury, co-founder of Banjara & Gypsy, says, “25 participants took part in the event. They had to find the location and travel to the camping site. It was a halloween-costume-theme party. Many kids came dressed as spider man and some even as fairies. We decorated the place with spooky and scary stuff.”

Several activities including treasure hunt, trick-or-treat for children, music jamming sessions, barbeque and sharing of some horror stories, were also arranged. “The kids hopped on from one camp to another and collected treats from the participants. We organised sleepovers in camps,” she adds. There were some goodies, coupons and cupcakes, which were all halloween-themed.

Sheena, who dressed up as a witch, says, “I wore a black dress and a hat. I wanted to dress up as some dark character,” she says and laughs. The community Banjara & Gypsies always try to provide new experiences with different concepts but this was the first time the team’s been organising halloween-themed camps.

“We have organised Arabian nights with hookahs and belly dancing and silent disco and parties at a beach in Gokarna. We try to bring concepts that do not exist in market already,” claims Sheena.
The community was formed a year ago and has more than 200 active members currently.