One benefit, an important one, Aakarsh says, is the awareness building on sustainability and climate change.

BENGALURU: Do you hesitate buying from a street vendor after it gets dark, despite them assuring you top quality products? It’s natural to avoid purchasing vegetables, fruits and other items when you can’t check the quality yourself, but this Bengaluru-based architect’s initiative of handing out solar-powered lights to women street vendors has been building trust between customers and vendors, among other things.

Aakarsh Shamanur, who now works in the sustainability space, says the reason he started working with street vendors is because a lot of basic facilities are not provided to them. So last year, during Diwali, he set up a campaign called ‘Be Po-Lite’ on milaap.org to crowdfund solar lamps for 200 women street vendors in Karnataka. 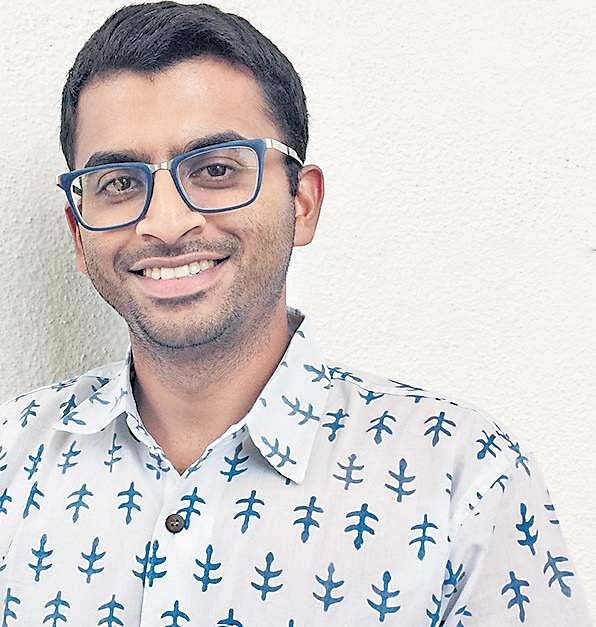 “I noticed that many people were looking for new ways to celebrate the festival in an eco-friendly manner. So I thought that since it is the festival of lights, why not provide solar-powered lamps to street vendors,” says Aakarsh.

Using solar-powered lights reduces costs for these vendors, who normally rely on gasoline lamps. Aakarsh claims that a vendor can save `1,200 a month by switching to this Portable Light (Po-Lite) system, which he designed himself. “The light works for up to 10 hours, with a five-six hour charging time. It’s been tailor-made to suit the needs of vendors, and there is also a mobile charging point. Vendors were one of the worst-hit groups during demonitisation, and they were forced to get on to digital payment platforms as a result.

However, charging their phones while on the road was a struggle – they would end up going to the local bakery or shop and pay a small sum to charge their phones. So this feature really benefits them.”
Last year, 135 vendors who benefitted from Aakarsh’s initiative were from Bengaluru, and the rest from places such as Hubballi, Dharwad and Davanagere. “We raised `3 lakh last year, but we want to scale it up this year to `5 lakh, which will help 500 women across the country.”

When asked how these 200 vendors were selected, Aakarsh says he personally visited some and identified others through crowdsourcing. “We used social media and WhatsApp to send the message out. If anyone knew a vendor who needed a light, they would send us the location and some details about the vendor. Then, either me or someone from the team goes there, speaks to them, and have them fill an identification form and send us a picture. In certain cases, I’ve acted like a seller, spoken to the vendor, and tried to understand if they need the lamp or not. Only then, have I told them it’s free. We often don’t realise the value of things when they’re free,” he says, adding that this year too, they are using the crowdsourcing route to identify the 500 vendors.

“This year, we are trying to reach out to resident welfare associations and apartment associations. If we can manage tri-party involvement – where the association part-sponsors the lights, the vendors give, say, `500, and the rest is paid for via crowdfunding, then we can give two lights to each vendor. Last year, we gave only one light (which costs `3,000 each) to each vendor, but we know now that each vendor needs two lights,” he says.

Aakarsh says these women vendors feel safer staying out after dark when they have the lights,  and are also able to attract more customers. “Also, when people see a vendor with a bright light on, they feel safer walking on the streets late at night,” he says. He adds that some vendors use these lights at home as well. “One vendor  sent the light back home to her village during exam season so the kids could study, and brought it back after it ended.” One benefit, an important one, Aakarsh says, is the awareness building on sustainability and climate change.