From Clash Of Clans on the PC to PUBG Mobile, 20-year-old MD Joe Michael Antony’s casual foray mobile gaming has led him to be one of India’s best PUBG player.

BENGALURU: From Clash Of Clans on the PC to PUBG Mobile, 20-year-old MD Joe Michael Antony’s casual foray mobile gaming has led him to be one of India’s best PUBG player.“After playing my first PUBG match, I did not find the game to be so great. But, I liked the multiplayer feature where the players could talk to each other while gaming. I started playing it for fun and I am now a professional PUBG player,” said the second-year Biomedical student, who has a following of around 10,000 people on his social media. Michael was ranked in Pro Evolution Soccer Mobile and FIFA Mobile untill 2018, when PUBG caught his attention.

Along with his friends, Michael formed a clan called ‘Rogue Nation’ with other PUBG players from all over India. “My current clan members were from the opposite team and we mostly played against each other. But over time, we bonded because we could understand each other’s gaming strategies and were pitted against the north Indian PUBG players. Eventually, we formed a clan which is now one among the top clans at an all-India level,” he said. 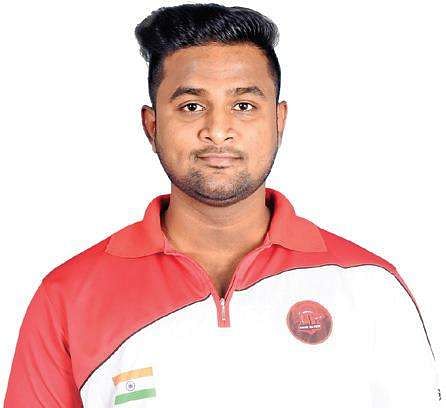 The clan has 10-15 members who they take in based on performance, and has members from Kerala, Andhra Pradesh, Uttar Pradesh, Karnataka, Maharashtra.After ranking third in Asia at a PUBG competition conducted by Sky Esports India in March in Chennai, his clan went on to be the semi finalists in a tournament conducted by PUBG India Official. Michael also plays daily tournaments with cash prize worth `20, 000 per month on an average. “The prize money I win goes towards charity or to the church,” he said.

Michael spends about Rs 1 to Rs 1.5 lakh to purchase in-game skins, guns and accessories for the character to proceed further in competitive play. However, sponsorship is a major challenge in the south Indian gaming community. “Even though there are talented gamers here, getting sponsors is the real task. People here do not encourage gaming and not many companies or individuals are willing to sponsor players,” he said.

However, Michael is not concerned about his future in particular. “A gamer can earn about Rs 10 to Rs 15
lakh while studying. He doesn’t have to depend on anyone else. Once players start getting paid, the number of players will increase and the scene will grow,” he said. The main reason for his growth is the number of hours he spends on gaming — six hours on weekdays and 12 hours on weekends. “I have better knowledge than many others which is really important.

Being successful in not all that there is – one has to be successful consecutively to make a difference. If you lose touch, you will fall behind,” he said. Michael is looking forward to the fully-sponsored PUBG tournament in Germany this month. Out of 32 teams, the top five selected teams selected will get to win `10 crore to `15 crore. He hopes to get selected for it.