Bengaluru, think before you litter, fines kick in on July 15

BENGALURU: The next time you are caught littering or giving mixed waste to auto-tippers, you may find an official handing you fine on the spot, much like a traffic police person. From July 15 onwards, 396 handheld devices will be distributed to Marshals across all wards of Bengaluru to issue penalties to people when it comes to garbage-related violations.

“Two handheld devices will be given for each of the 198 wards. Marshals including ex-servicemen and junior health inspectors will be given the devices. They can issue spot fines to people for non-segregation of waste, garbage burning, using disposable plastics, littering and for allowing dumping in vacant sites,” said D Randeep, Special Commissioner (Solid Waste Management), BBMP.

“The software is under development and the tender has been finalised. The corporation will be placing orders for the devices soon. The software will be centralised and will keep track of all the fines collected,” he added. 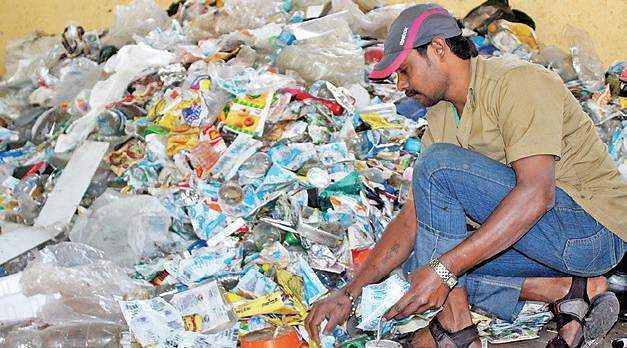 The plasto ban app, which was proposed last year, will also be integrated in this project. The app was meant purely for fining citizens or commercial establishments using plastic, which is banned in the state.Abdul Aleem, resident of JP Nagar and member of Citizens for Bengaluru group said, “I have worked with health inspectors in my ward for garbage-related issues. When I see them fining people with nothing more than a book in hand, violators do not trust them.

They ask them what right do they have to penalise them. Having handheld devices will give officials some authority and confidence. However, another issue is that most health inspectors do not seem to know what the correct fine amount is.” “The devices will give some transparency to the process but having just two people for one ward may not be enough. Big wards like Bellandur have so many garbage dumping spots to be covered. Even the senior health inspector should be given a device to levy fines,” Aleem added.

MAHADEVaPURA LAKE GETS STP
Corporate biggies joined hands with BBMP and United Way Bengaluru to set up a 1 MLD capacity sewage treatment plant to check the pollution of Mahadevpura lake in the city. Inaugurated on Thursday, the Rs 2.5-crore facility enables biological treatment of sewage in anaerobic conditions without using chemicals.  It took 18 months to set up the plant.

Stay up to date on all the latest Bengaluru news with The New Indian Express App. Download now
TAGS
Bengaluru BBMP Garbage