‘Marathon and management complement each other’

BENGALURU: After a hectic week at work, anyone might look forward to clocking in some extra Zzz. But not Ashutosh Vaidya. Come weekend and the chief marketing officer of Kurl-On assumes the role of a coach who trains at least 150 people who are part of his apartment running group Bhaag Elita Bhaag. “My morning habit is not wake up and brush (your teeth), it’s wake up and run,” he says enthusiastically, adding that he has taken part in 100 runs since his initial tryst with running marathons in 2005.

Like any serious marathoner, Vaidya too has taken part in most major running events like the marathons in Mumbai, Delhi, Bengaluru, etc. But ask him about his favourite one and the chief marketing officer of Kurl-On is likely to mention the runs in Shimla or Satara, a city in Maharashtra. “Sometimes, these marathons can be tougher,” he says, adding that he prefers the smaller turnout too. 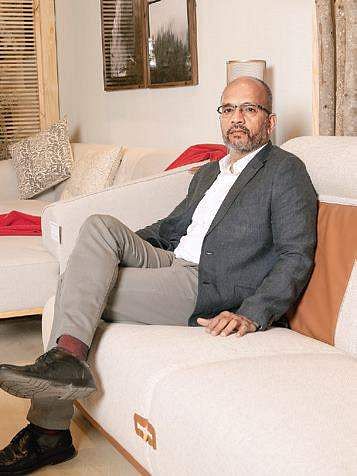 “I don’t like crowds while running. Some people start walking from the first km itself!” he says, adding that after a point, “I’m not running for joy. I’m just running to better my time. I finished my last half marathon in one hour and 50 minutes.” But if you told Vaidya in 2004 that he would take running this seriously, he would have never believed you. “My wife forced me to go to a gym so that I would be in better shape; I weighed 98 kg,” recalls the 48-year-old, who credits his passion in running to a “good trainer”.

“I cried after I crossed the finishing line at Mumbai marathon in 2011. I never thought I could complete 42km, let alone when it was that humid or with a harsh sun beating down at me,” Vaidya recalls. Cut to 2019, where his upcoming run in September is a hill marathon in Satara, which is why Vaidya often carries out his practice runs in Nandi Hills in order to get a better idea of the terrain.

Currently, he manages to cover at least 100 km a month, with three days a month dedicated to running and three to strength training. He isn’t alone during his practice though. “My younger daughter, who is 14, has also taken to running and it has become our new bonding activity,” says the happy father.

The biggest lessons running has taught Vaidya is to be disciplined, with determination not being far behind. “As a runner, you’re always thinking of crossing the finish line. A marathon and management go hand in hand. Every run involves a long through process: You have to strategise, plan and then time your performance. It’s the same professionally too. You have to lead your team and show them how to run too,” he says.

Collecting memories
After every run, Vaidya would often discard the bib he wore during the marathon. That was until someone suggested he collect them instead, giving way to a box file that now has 50-70 bibs from the CMO’s marathons. “It’s interesting to see how they have evolved over the years. Initially, they were made from cotton and the colours often smudged due to sweat. Then it changed to plastic, then thermal. Earlier while the tracker was attached to one’s shoe, it is now added to the bib,” he shares.