Dig into special pizzas while you cheer for Team India

Watson’s Indiranagar is offering an exclusive range of pizzas and shots, all under the ICC World Cup theme.

BENGALURU: Want to break the cliché and bring the house party out, while Men in Blue play on the big screen? Head to the city’s party hub – Indiranagar – and find yourself at your pub-next-door Watson’s, where they are offering a wide range of World Cup special dishes, amalgamating different flavours across the world.

Watson’s Indiranagar is offering an exclusive range of pizzas and shots, all under the ICC World Cup theme. When asked why just pizzas, Watson’s corporate executive chef Ashley D’Souza says there is no comfort food over this, when you want to lean on a couch and have your eyes hooked on the game.
Chef Ashley has curated unique flavours of pizzas, names of which people may never have come across. He combined different flavours of each participating country in the World Cup special pizza. 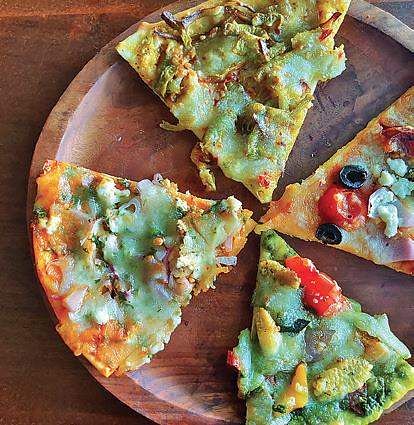 Our personal favourite is The Bangla, a pizza where signature flavours of Bangladesh, including posto (poppy seeds) and kashundi (mustard paste), have been mixed to create a finger-licking dish. Another dish which caught our eye was The Batter from India – a pizza that provides us flavours of our nation with an Italian treatment; the range also includes The Black Caps from New Zealand, The Pacer from Pakistan, Coastal Lanka from Sri Lanka, English Summer from England, The Afghan from Afghanistan, The Baggy Green from Australia, The Paprika Proteas from South Africa and The Windies from West Indies.

Commenting on the unique names and the regional flavours used in the pizzas, the chef said not only did a lot of thought go into the selection of ingredients, but also the names, just to have some funny connotation to the teams that are taking part in the series.

“We got local spices to replicate the traditional ones used in the international food range,” Ashley commented. “We did not look for exotic spices to take the pizza range to a different level, as Watson’s is more about providing a comfort factor, rather than making it over-the-top.”

While one grabs the unique range of pizza slices, Watson’s also has introduced a World Cup-exclusive range of three shooters, which can enjoyed slowly while you cheer for your favourite players. Vodka is used as the beverage base, while Watson’s has brought in colours to represent the country’s flag, using natural products like saffron for the orange element, a clear shooter, representing the white part, and kiwi has been used to give the third shooter its green colour. “World Cup is an international event, and everyone is hooked to it on a global scale, which is why we went all out with the theme,” said Ashley.