Monkey Bar, Indiranagar, supports the Men in Blue and has brought out a curated menu for the season

BENGALURU: It’s a six!” screamed people in the crowd on top of their voice, just when we were making our way into Monkey Bar, Indiranagar. The ongoing Cricket World Cup has taken the world by storm, and restaurants and pubs are making the most of it by bringing out exclusive menus to add to the frenzy. Decorated with flyers and keeping the lights low, Monkey Bar literally took the World Cup ‘fever’ by heart and customised a menu which looks exactly like a prescription given to a patient by the doctor, complete with Rx and the number of dosage mentioned beside each drink. Bowled over by this concept, we made ourselves comfortable in front of the screen. 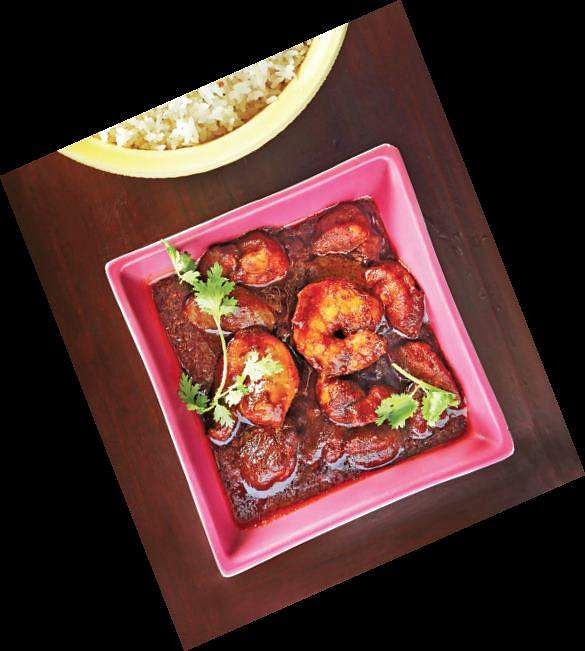 My dining companion and I started off with LBW (Leg Before Whisky) and Hi-Score Rum. Stirred with bitters, apple juice and maple syrup, the whisky was enough to keep us buzzed. The rum, on the other hand, was smooth and had an aftertaste of lime. To keep on with the alcohol, we ordered Mobar Caramelised Ribs and Chicken Challengers.

The pork ribs were soft and had a rich flavour, topped with caramelised syrup to leave a sweet note on your taste buds. Monkey Bar retained their chicken kababs that they had served during the IPL match this year, and much like the roadside kababs, they are the best starters one can have with cocktails while watching an exciting match.

Next, we took the Line-Up, which were Absolut Vodka shots served on a cricket bat mixed with fresh lime and litchi juice. An interesting fact about the menu: The drinks were all blue in colour, keeping in sync with their Blue Fever theme.

Meanwhile, we ordered Prawn Ghee Roast and Mee Goreng, two extremely different cuisines, but who cares, right? Along with this, we took a draught beer and ordered the Gin Swing from the theme menu. This was not blue in colour, but rates high on the creamy flavour. Infused with pineapple juice, the drink was sweet and tasted much like a Pina Colada.  Desserts are a must at the end of every meal, thus we savoured churros with chocolate syrup and stayed on till the end of the match.