In 2019, it is impossible to think about economic growth without confronting its most immediate implication.

BENGALURU : In 2019, it is impossible to think about economic growth without confronting its most immediate implication. We already know that over the next hundred years the earth will become warmer; the question is by just how much. The costs of climate change would be quite different if the planet got warmer by 1.5°C, or 2°C, or more. According to the Intergovernmental Panel on Climate Change (IPCC) October 2018 report, at 1.5°C, 70 percent of coral reefs would vanish. At 2°C, 99 percent. The number of people directly impacted by the rise in sea levels and the transformation of cultivable land into desert would also be quite different under the two scenarios.

The overwhelming scientific consensus is that human activity is responsible for climate change, and the only way to stay on a course to avoid catastrophe is to reduce carbon emissions. Under the 2015 Paris Agreement, nations set a target to limit warming to a limit of 2°C, with a more ambitious target of 1.5°C. Based on the scientific evidence, the IPCC report concludes that in order to limit warming to 2°C, CO2 equivalent (CO2e) emissions would need to be reduced by 25 percent by 2030 (compared to the 2010 level) and go to zero by 2070. To reach 1.5°C, CO2e emissions would need to go down by 45 percent by 2030 and to zero by 2050. 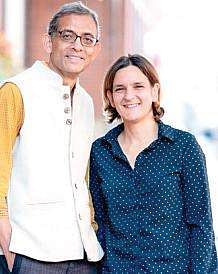 Climate change is massively inequitable. The lion’s share of CO2e emissions are being generated either in rich countries or to produce what people consume in rich countries. But the greatest share of the cost is, and will be, experienced in poor countries. Does it make it an intractable problem, given that those who must solve it have no strong impetus to do so? Or is there some hope?

The IPCC report details everything that would have to be done to cut emissions and limit warming to 1.5°C. Some steps could already be taken; switching to electric cars, constructing zero-emissions buildings, building more trains would all help. But the bottom line is that, even with technological improvements, and even if we could wean ourselves off coal entirely, without any movement toward more sustainable consumption, any future economic growth will have a large direct impact on climate change. This is because as consumption rises we need energy to produce all the things that are consumed.

We generate CO2 emissions not only when we drive our cars, but also when we leave them in our garages, since energy was used in producing the car and the garage. That is true even for electric cars. There are many studies that attempt to look at the relationship between income and carbon emissions. The answer varies with climate, family size, and so on, but the two always track each other closely. The average estimate implies that when your income increases by 10 percent, your CO2 emissions increase by 9 percent.

This implies that, although Europe and the United States are responsible for a large share of global emissions to date, today’s emerging economies (particularly China) are generating an ever-growing share of current emissions. In fact, China is the single largest emitter of carbon. This is, however, largely due to goods produced in China but consumed elsewhere in the world. If we attribute the emissions to where the consumption takes place, North Americans consume 22.5 tons of CO2e per year per person, Western Europeans 13.1, Chinese 6, and South Asians just 2.2.

Within developing countries, richer people also consume a lot more CO2 than the poor. The richest people in India and China belong to the select group of the top 10 percent of the most polluting people in the world (and contribute respectively 1 percent and 10 percent to the emissions of this group, or 0.45 percent and 4.5 percent of world emissions). In contrast, the poorest 7 percent of the population in India emit just 0.15 tons of CO2 per year per person. Overall, we get the 50-10 rule: 10 percent of the world’s population (the highest polluters)contribute roughly 50 percent of CO2 emissions, while the 50 percent who pollute the least contribute just over 10 percent. The citizens of rich countries and, more generally, the rich world-wide bear an overwhelming responsibility for any future climate change. Excerpted from Good Economics For Hard Times by Abhijit V Banerjee and Esther Duflo, with permission from Juggernaut Books