Sketching characters with an eye for detail

Ahead of Comic Con, graphic artist Warwick Johnson Cadwell tells CE how his love for drawing led him to carve a path of success

BENGALURU: I am looking forward to meet everyone and talk about art and comics. I’m also keen to explore the comic world there,” says UK-based graphic novel artist Warwick Johnson Cadwell ahead of his maiden visit to India for Bengaluru Comic Con on Nov 16-17. 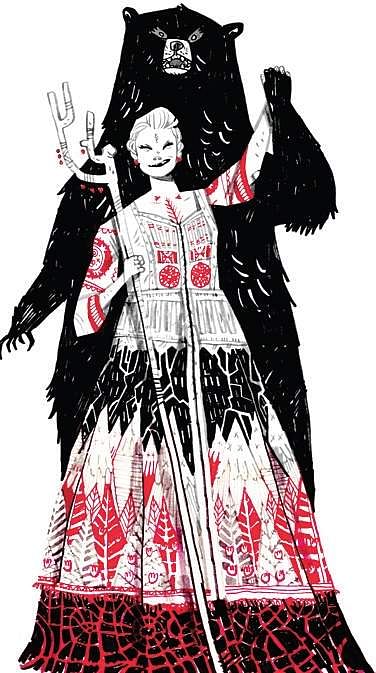 Cadwell’s interest in the field was born out of his love for drawing while he was still a child. He recalls many occasions when he would question his old drawings. “I feel that my work has changed or developed, but it changes often. I find old drawings I felt were successful and think ‘why did I like that’, other times, I find drawings I don’t remember doing and think, ‘how can I do that again’. One significant memory of this pursuit is at school when, during a lesson, I just filled my exercise book till the end with portraits of Apaches from Western America. I got into trouble, of course,” he laughs.

Cadwell’s work has been widely acclaimed with his eye for detail. He emphasises that the look of his drawings mainly differs due to the use of different media. “Mainly I use pencil but also enjoy ink, brush pens and others. The way I work has just developed as I’ve looked at other artists around me my whole life, trying to work out how they work but more importantly, what I like about their work and how I can apply that to my own,” says Cadwell.

A stalwart of the UK comic industry, his works include Helena Crash (2017), Tank Girl series (2013-2018) Mr Higgins Comes Home (2017) and series 5 of the global favourite Samurai Jack with creator Genndy Tartakovsky in 2018, which marked a fitting end to the fabled series. Cadwell shared his experience of working on Samurai Jack: Quantum Jack, stating he was a fan of the character, and describes the work as a dream coming to life. He also expressed his love for Dangeritis, a comic which he made along with his good friend and Game Of Thrones artist, Robert Ball, in 2018 and says Mr Higgins Comes Home written by Mike Mignola was a significant highlight in his career.

Speaking about his upcoming projects, Cadwell looks forward to his graphic novel with Mignola titled Our Encounters With Evil, which comes out on November 26. “It is a follow-on book to Mr Higgins Comes Home, both published by Dark Horse Comics. It is a series of three stories that follow the adventures of two of the prominent characters from Mr Higgins Comes Home, vampire hunters Professor J T Meinhardt and his assistant Mr Knox. It’s a standalone collection and the stories can happen any time around the events of Mr Higgins,” says Cadwell.