The accused had entered into a criminal conspiracy and increased the measurement of the properties. 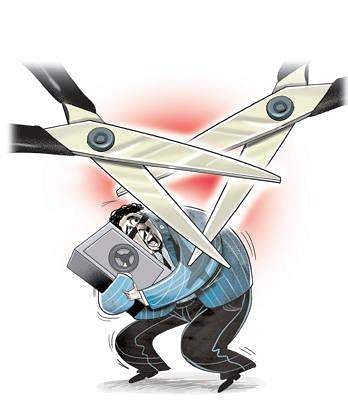 Some private parties whose sites were acquired for road widening purposes had increased the measurements of the properties on record, causing losses to the BBMP and the state exchequer. An ACB official said that the raid was in connection to the scam related to widening of TC Palya Main Road and Varanasi Road.

“In 2009, survey number 7 of Kowdenahalli was acquired for road widening. M/S Good Home Ventures’ partner’s Gopi and others found out that the RTC of the said property was in the name of one Anemma. They entered into an agreement with her and developed residential sites. Though a portion of the land was already sold off, they made Anemma apply for TDR at BBMP Mahadevapura zone office.

The accused had entered into a criminal conspiracy and increased the measurement of the properties. This had caused losses amounting to crores to BBMP and the government,” the official said.Devaraju and Ramegowda, in connivance with the accused persons, had moved the files, the official added.