BENGALURU: Among the 19 metropolitan cities in the country, Bengaluru figures in the top three positions for four crimes — Murder, Crimes against Women, Crimes against Children and Thefts.The statistics of ‘Crime in India - 2017’ released by the National Crime Records Bureau (NCRB), after a delay of more than a year, reveal that Bengaluru’s crime graph is on an upswing, compared to the two previous years. 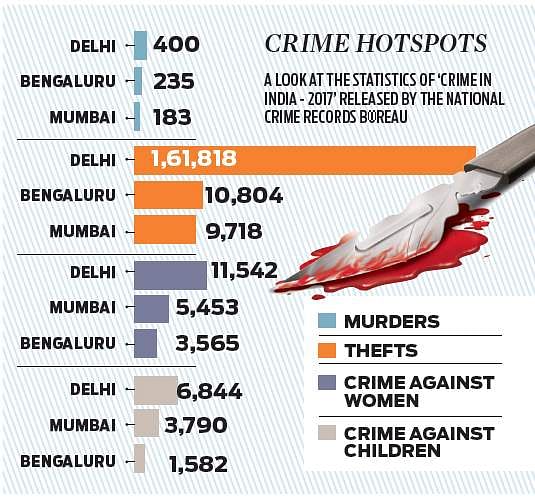 Now we are on Telegram too. Follow us for updates
TAGS
NCRB Bengaluru crime