With youngsters entering the scene, Kannada standup comedy is starting to don a more contemporary approach; residents of Jayanagar, JP Nagar, Banshankari and Basavangudi are most receptive to the tren

BENGALURU: Last weekend, Sonu Venugopal took to a stage at Kalyan Nagar for a standup show. Her 30-minute set included jokes that any Bengalurean would relate to: her Metro rides, holiday season, her husband and her mother-in-law.

Many in the audience went home a happy bunch, more so because Venugopal’s entire set was delivered in the Kannada dialect of North Karnataka. “My stories had local flavour, so people could relate more,” says the RJ who also dabbles in standup comedy with Gandhi Class, a standup collective that also includes Niroop Mohan and Suhas S Navarathna. 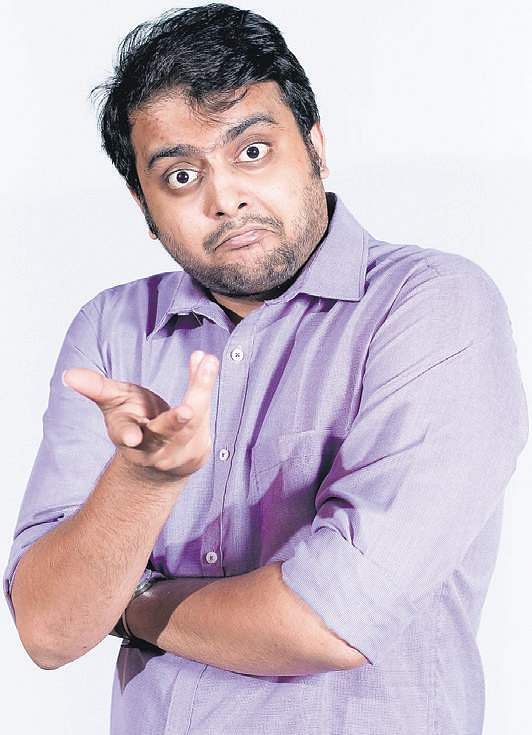 Like Venugopal, other city comedians too are taking to the language of the land for their shows. Why? “Because there’s no greater feeling than hearing a joke being cracked in your mother tongue,” explains Navarathna.

One could argue that Kannada comedy isn’t new, not with comedians like Pranesh having entered the scene some years ago. But Lohit Kumar S, a comedy producer and founder and director of Lodhan Live, which manages the shows of Gandhi Class, would argue that the approach and perspective is more contemporary now, thanks to more youngsters taking to the field.

Agrees Anup Maiya, founder of Lolbagh, which conducts at least 4-5 Kannada comedy shows a month. Though he has been hosting shows for three years now, including in Australia last month and in Germany next, he would still say the scene is “just evolving”. There are instances when people mistake comedy in Kannada for just mimicry and the concept of regional standup is yet to catch on. “When we started out, few people were interested. Today, we have 5-6 groups and 35 performers who actively do their act in Kannada,” he explains.

One such group, 1&aaf – presented by NamduK and including comedians Subrahmanya Hegde, Shravan Narayan, Raghavendra Acharya, Shweta Doddamani, Gowtham Shravan Kumar and Anoop Srinivasamurthy – conducted their first Kannada standup comedy event in Bengaluru last week. When it comes to planning the logistics, there’s no better place to pick areas like Jayanagar, Banshankari, Basavangudi and JP Nagar, which is where 1&aaf held their show too. These areas, say comedians, have larger pockets of a Kannada speaking crowd. “Whitefield and Koramangala are more cosmopolitan, so it’s difficult to sell tickets there,” says Hegde.

The aim, however, is to eventually expand to those areas as well. And while different comedians deal with different topics, the collective wish is the same: To pass the language on to a new generation and help it not just survive, but thrive as well. “A language can only survive if different art forms experiment with it. And if you laugh at something, you’re likely to remember it forever, so it’s a great way to learn Kannada too,” adds Hegde.

For Akhila Rao, who attended a Kannada comedy show last weekend, the most appealing thing about such events is the relatability factor. Her favourite was one comedian’s set on Thatt Antha Heli, a Kannada game show. “I’m a Kannadiga and this is a show I watch as well, so the jokes really struck a chord with me,” says the 29-year-old.

And this relatability extends beyond an individualistic level too. Unlike English comedy shows, Kannada ones often see families in attendance, including members who are 50 years and above. Venugopal says, “These are the same people who were only used to mimicry as a form of comedy. What makes me happy is that it’s the young ones who are bringing their parents out to the show.”