BENGALURU: Gaurav Vohra didn’t know a thing about mountaineering till the age of 30, that is, until his wife gifted him the book Into Thin Air by Jon Krakauer. “Like many others, I too was inspired by the book,” says the co-founder and CEO of Jigsaw Academy, an online analytics and big data training provider. 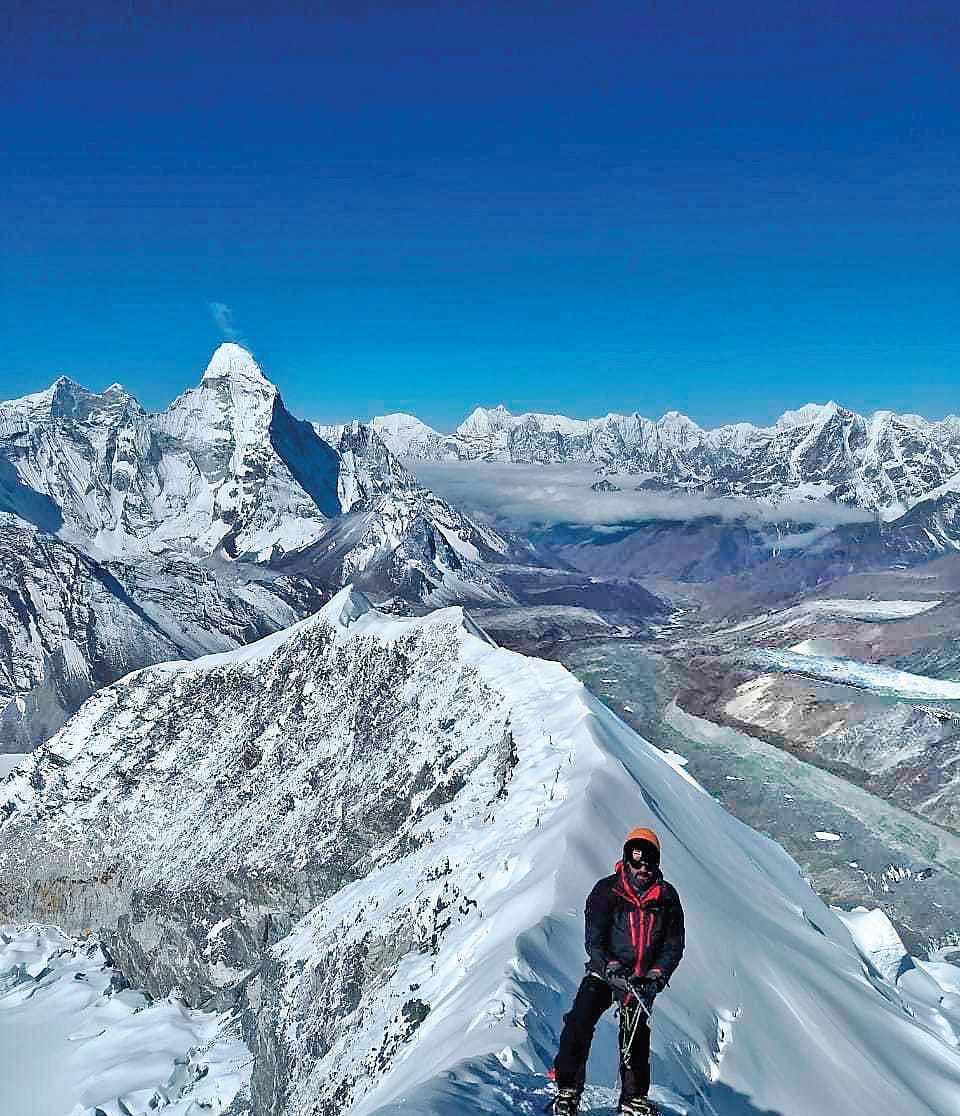 An intense interest led him to join the Atal Bihari Vajpayee Institute of Mountaineering and Allied Sports in Manali, where he became an A-grade mountaineer. Over the last 10 years, he has covered many expeditions to several peaks like Kilimanjaro, Kun peak and Island Peak, and has climbed up to 6,200 meters. “Though it was a late realisation, I figured that I needed to get my mind off from all the work pressure. I always think about work even when I switch off my phone or go on vacation. I wanted to take a break where I could stop thinking about work,” explains the 40-year-old, who found that mountaineering helps him do just that. “First you are in a remote corner, no one can bother you. And these mountaineering expeditions need two-four weeks, since you have to adjust to the altitudes,” he adds.

The mountaineer says preparation for hiking is a continuous process, which includes climbing the steps of his 12-storyed building with a 50kg weight on his shoulder, 20 times a day. “I plan trips according to the climate conditions of the destination. For example I avoid Nepal during monsoons. And a week before my expedition, I start assigning people to different responsibilities at office. My wife and business partner support me by keeping things on track at home and office,” he shared.

Though a passion, mountaineering also helped Vohra learn valuable entrepreneurship lessons, the foremost being confidence. “While climbing a mountain, you come across many moments you want to give up. But this experience gave me the confidence that no matter how bad a situation is, it will get become better. At work, there will be moments where you don’t have an answer. And in those moments, mountaineering helps me realise that I have seen the worst, so this too shall pass.”

Now, Vohra’s yearly plans include at least one expedition. In March 2019, he climbed the Island Peak in Nepal and his next aim is to climb Nun Peak in the Himalayan ranges, which is 7,000 metres, by the beginning of next year. When asked if he has any plans to climb Everest, which is a dream destination for mountaineers, Vohra gives a different answer. “No man. Everest is too crowded. It’s like Bengaluru traffic jam at a mountain peak,” he says with a laugh. “I go to mountains to avoid crowd. I’m not going there, ever.”