The last few are an involuntary throwback to the ’90s. We are all stuck indoors, stepping out only to buy essentials and groceries.

The last few are an involuntary throwback to the ’90s. We are all stuck indoors, stepping out only to buy essentials and groceries. There are no visits to pubs, bars and multiplexes. And Doordarshan has announced reruns of the television series, Ramayan. Youngsters today might not realise what a big deal Ramayan was, so here’s a bit of context. The show began airing in 1987, and was the most watched television show in the country with an astounding 82 per cent viewership! It shot Arun Govil into superstardom. Ramayan also began a trend of mythological television shows, till cable television introduced us to soap operas.

At my home, Ramayan was given the same respect accorded to religious texts. While watching the show, we were asked to sit on the floor in a respectable position. No stretching of legs, no eating food, and no talking during the show. Since the show was on one of its early reruns when I got to watch it, my family members already knew what was coming up. I had been brought up on Amar Chitra Katha versions of the epic, and was fascinated to see how the comics translated to television serials. 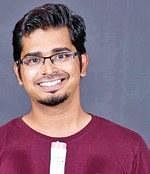 In an age without superheroes, my favourite character in the epic was Hanuman. While I didn’t understand much of the epic’s messaging, I was fascinated by Hanuman bashing up goons, carrying a mountain, and setting fire to Lanka. And the makers understood this. The dialogues featuring Hanuman involved action and comedy, played fittingly by the legendary wrestler Dara Singh. Since we had a tiny black and white television at home, I would visit my neighbours with larger, colour televisions to watch the spectacle in all its colourful glory. My fascination with mythology was further strengthened when I joined my school. It was a spiritual ashram that forbade students from consuming news, television, and films. The only silver lining was the screening of mythological epics like Ramayan and Mahabharat.

While Ramayan was the most revered show, children my age were fascinated by other television shows produced by the same filmmaker – Ramanand Sagar. After Ramayan, he went on to make shows like Alif Laila. The catchy theme songs of these two shows still reverberate in my memories. And while my parents revered Ramayan, I was partial towards Mahabharat. In fact, I’m told that the first two songs I learnt in my life were Vande Mataram and the title song of Mahabharat.

It’s funny that in spite of my maniacal obsession with television as a child, I today live without one. I have considered getting one on a number of occasions, but have eventually stayed away from it. When the government announced the reruns on Doordarshan, I was curious to see how the show has aged. To my surprise, it seems to have aged quite well. Unlike Mahabharat, there wasn’t as much on graphics and VFX. The show is driven primarily by dialogues, and is surprisingly well-paced. By the third episode, we see Arun Govil as the young Lord Ram, being trained under the sage Vishwamitra. Listening to the title track flooded my mind with emotions and nostalgia, and the scenes featuring Hanuman brought a smile to my face.

Perhaps the children of today will never understand what the fuss is all about. In the age of Snapchat and Avengers, the shows might seem awkward and slow. But as I watched the episodes on YouTube, I found myself involuntarily straightening my back and correcting my posture!