Upendra Tripathi is gearing up to run a 42.195km marathon in Antarctica, his first in the Southern continent and 45th in total

BENGALURU: Come March and Upendra Tripathi will get bragging rights to something not many people can boast of. The Bengaluru-based man is currently gearing up to run a 42.195 km marathon in the Southern continent, where temperatures will touch anywhere between -20° C and -30° C during his time there. Though his first on this territory, this marathon will be his 45th marathon, after having begun running such events in 2015.

This, however, isn’t the first time Tripathi is going to such lengths, or rather distances, for his love for running. After having completed The Abbott World Marathon Majors – a series of six renowned marathons taking place in Boston, New York, Chicago, London, Berlin and Tokyo – he also did the Comrades Marathon – a 90km run in South Africa –twice in two consecutive years. “I’ve also done marathons in five continents so far, and this year, I hope to strike the last two off my list, which is where Antarctica fits in,” he says, adding that a marathon in South America will be next. 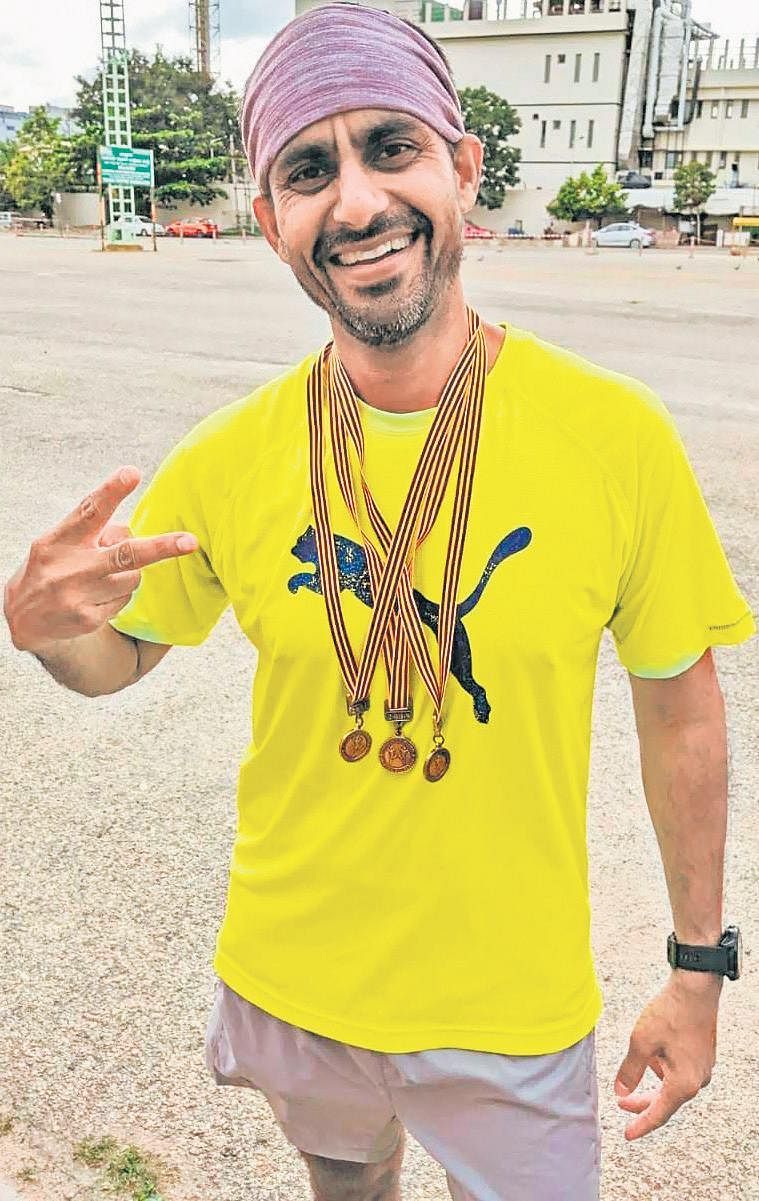 His upcoming marathon will take place on March 27 but Tripathi didn’t get confirmation of the same until November. “I applied for this in 2017, through Active Holiday  Company, and was waitlisted for two years,” explains the 46-year-old, adding that only 200 people get access to tour the continent due to stringent environmental and other restrictions.

The runner, who is also the head of semiconductor design at UST Global, will be leaving for Buenos Aires on March 21, before embarking on a ship from Ushuaia to Antarctica. But more than the sub-zero temperatures, it’s the Katabatic winds of the region that Tripathi is concerned about. “They can be brutal and could even leave cuts on your nose, finger tips, etc,” he says, before quickly adding, “But there’s nothing I’m fearing. I’ve taken on this challenge so I just have to plan to see it through.”

However, there isn’t much he can do to prepare for the climactic conditions of the South Pole. “Where will I find -20° C temperature here?” he questions, adding that since the event takes place on sea-level, lack of oxygen supply will not be an issue. Currently, he runs around 200-240 km a week, and is consciously making an effort to run slower. “You have to hold onto your sweat in Antarctica. Or it could be dangerous and lead to hypothermia,” he explains.

Running a marathon in this region is not easy and it’s definitely not light on the pocket either. Accommodation, air fare and food alone cost Tripathi `10 lakh, not including special gear needed for that temperature. “The shoes I wear need to have smaller spikes so as to prevent any slipping, and they could cost anywhere between `20,000 to `50,000, while UV light protection goggles could be around `15,000,” he says, adding that though expensive, his family has been nothing but supportive of his passion.

More excited than nervous, Tripathi is looking forward to seeing the frozen land mass and its inhabitants up close and in person. “I’m also doing this to check my fitness limits. Distance running is not an issue for me. But doing so in such extreme conditions? That’s what I want to test.”