The firm also marked a milestone on Thursday when it registered the completion of two crore rides by its hirers, with 90% of them on the 17,000 bikes plying within Bengaluru.

BENGALURU: Bike rental firm Bounce, whose ubiquitous yellow and red two-wheelers are immensely popular among Bengalureans, is now deploying technology to tackle a problem that has been giving it quite a headache — helmets missing from bikes after use. Conceding that a substantial number of helmets did go missing, Bounce co-founder Varun Agni told The New Indian Express, that just a fortnight ago, it had deployed Near Field Communication Technology to help it keep track of helmets. 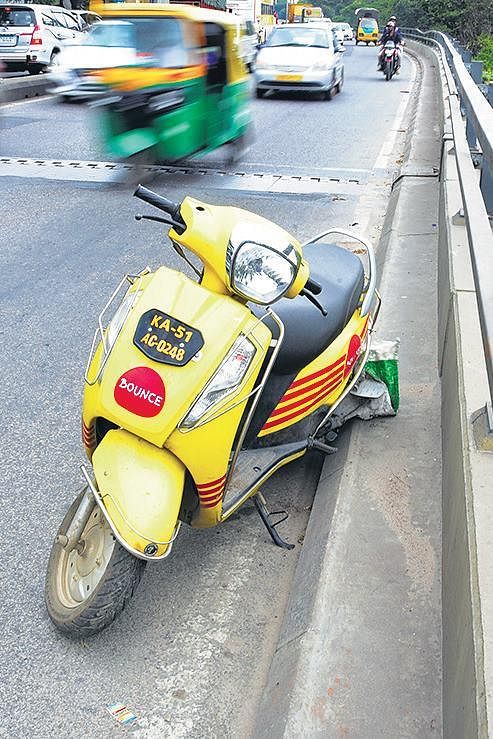 “Similar to Radio Frequency Identification Technology, it involves a sticker pasted on the yellow and red helmets,” he said. The app on the hirer’s phone alerts if the helmet has been securely placed in the bike.

Public awareness campaigns among users on the need to return the helmets have been going on for two months now. “We are collecting a deposit from our riders and, in case of lost helmets, the users can be levied a penalty,” he said.

A senior police officer told this reporter that it was a hilarious scene to spot Bounce representatives at traffic signals questioning those on private vehicles wearing Bounce helmets and even taking them away.The firm also marked a milestone on Thursday when it registered the completion of two crore rides by its hirers, with 90% of them on the 17,000 bikes plying within Bengaluru.

Referring to a recent traffic report which listed Bengaluru as the most congested city in the world, Varun said the firm had played its role in enabling people to use public transport by providing first- and last-mile connectivity. “Nearly 40% of the rides on our bikes are by Metro, train or bus commuters,” he said.
A major grouse against Bounce users was the haphazard parking of bikes or dumping of them on the roads. This led to the company blacklisting 4,120 users a few months ago. “The firm is making extensive use of technology to tackle this issue too,” he added.