KUSHTUGI: You could call it the battle of ‘waterloo’. Last year around this time you could hardly find this lake – hidden under filth, muck, mud and silt. But the local people wanted to revive their lifeline, come hell or high water. And one year later, the lake is sparkling, changing the course of this town. Facing water scarcity year after year, the people of Kushtagi town and the surrounding 20 villages in Koppal district have not only revived their primary source of water on their own, but have also shown the way to others on how to join hands and help themselves in times of distress.

Last February, their only water source – the Nidaseshi Kere – went bone dry and was filled with foliage, silt and muck. This February, the lake is brimming with water and the artificially built islands supporting both local and migratory birds. Today the groundwater is recharged throughout the town and neighbouring villages. The 327-acre lake was once the only source of drinking water to Kushtagi town and surrounding villages.With the water table shrinking day by day, concerned citizens came together in February last year to revive the water body in just six months. Their joint effort has borne fruit with borewells being recharged in and around 40 km, thereby, addressing their drinking water and agriculture needs. 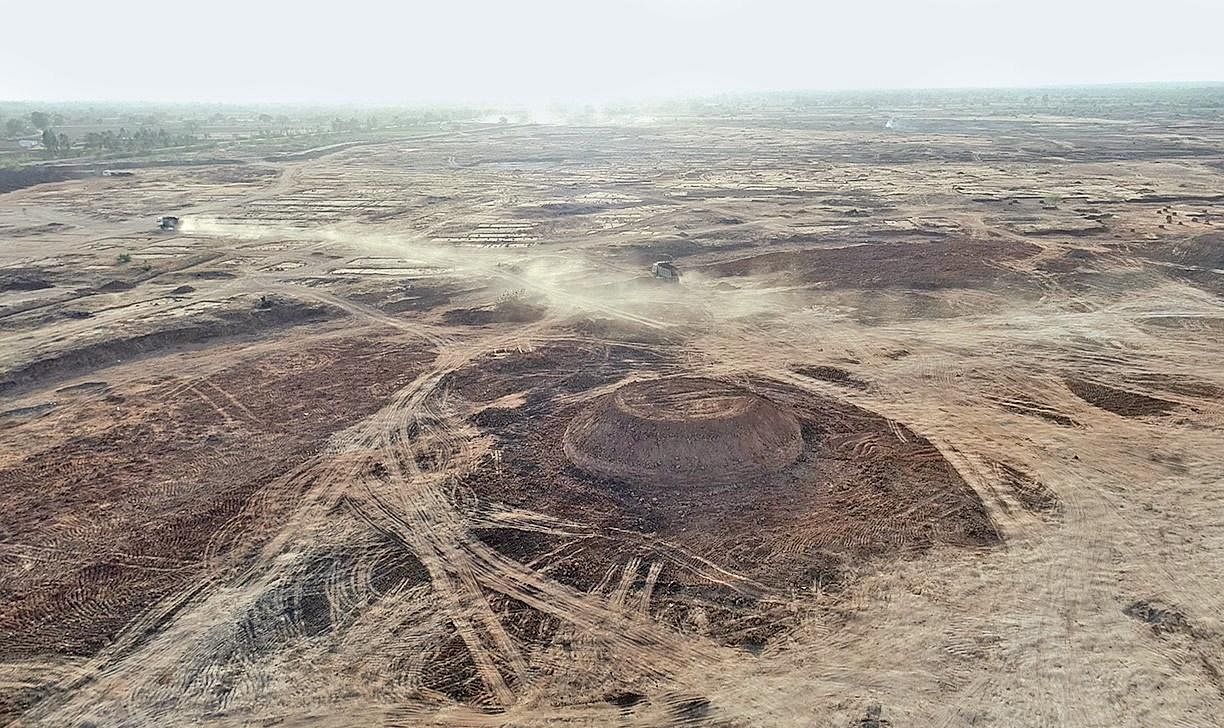 As part of this community effort, everybody including farmers, small vendors, flower sellers, hair cutters, coolies, paan sellers came forward to donate money with some people giving as much as Rs 2,000 despite their meagre earnings. They just did not give money but also came to the lake area on a day-to-day basis to lend a helping hand for whatever work was being initiated.With dry land areas in Koppal district facing acute water scarcity and no water channels from anywhere to quench their needs, it was a gargantuan task for the group of local volunteers to motivate people to participate in their movement to revive Nidaseshi Kere. But once the work started people from every corner and every village pitched in to revive the water body. 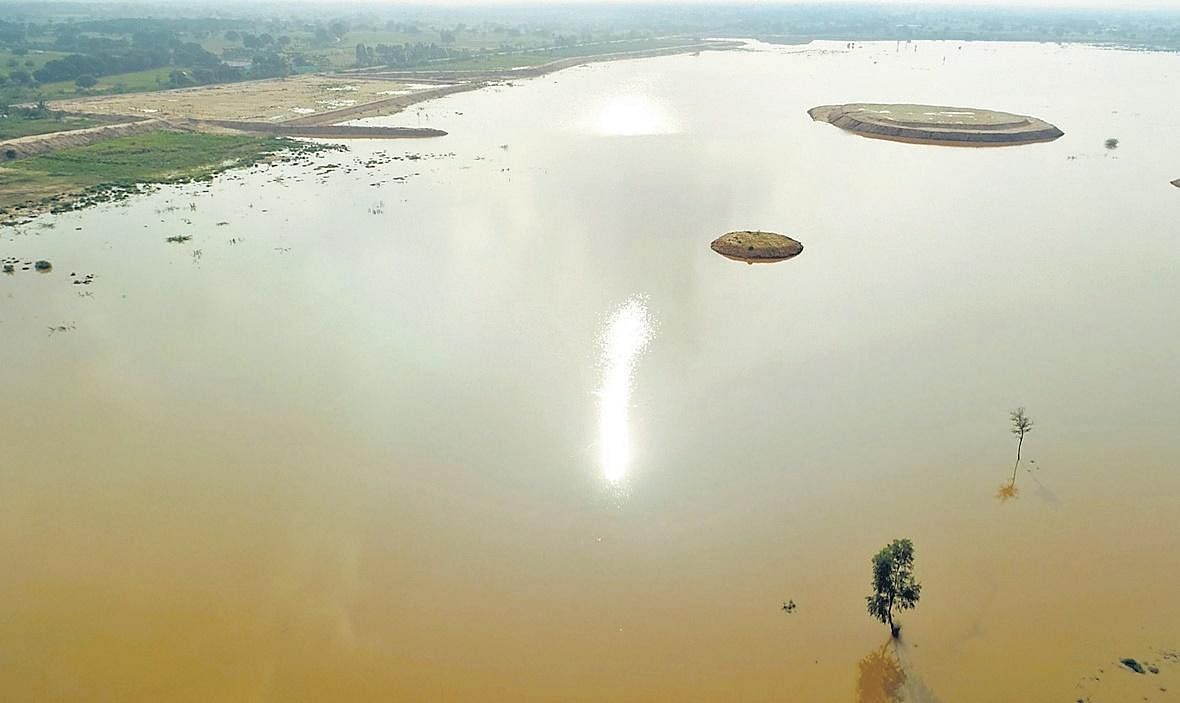 A 20-member Kushtagi Keregala Abhivruddhi Seva Samithi was formed to bring in a sense of work accountability and discipline in the lake development work. The Samithi was headed by Devendrappa Balootagi. Under his leadership, every expense account was maintained and all donations of cash, fuel utilization, food distribution, labour involvement, etc was taken into account. It was a planned project and so every day, a meeting was held to take stock of the work and keep a work plan ready for the next day. With the Gavi mutt seer lending support and calling upon the local people to get involved, many  came forward to take up this work.

It took almost 50-75 days to remove the silt accumulated in the lake. More than 100 volunteers got together to clean, cook food and organize the long- drawn project of removal of silt from the lake. It was a celebration of sorts for the local people with police too coming forward to remove encroachments from the lake.With 80 acres encroached upon by farmers, the police department did their bit in recovering the land. Kushtagi PSI Vishwanath Hiregoudar and Circle Inspector Suresh Talwar were involved in a big way to revive the lake, say the committee members. When everybody got together, the farmers who had encroached on gave up the lands where they were growing jowar, bajra, maize, etc. “It was not as if we forced them…they gave up voluntarily,” say the members.

A sum of Rs 98 lakh was spent for the revival of the lake and nearly 160 acres have been rejuvenated out of the 327 acres. Initially, only 50 acres were planned to be desilted, however, with more and more people participating in the revival movement, 160 acres were taken up. On top of this, the silt has been used to build a 5km bund around the lake.Committee member Sujith Shettar says, “From February to May, it was continuous work where every person pitched in with money, food, equipment, cranes etc to complete the work. Local contractors, quarry owners gave equipment free of cost and also provided labour; people cooked food and brought it to be distributed to the workers doing non-stop work. Many people worked from 8 am to 9 pm for 75 days without any complaints.”

Even as the work was completed to a depth of 2m, to their joy, rains started in July end. This was followed by 14 days of continuous rains and two water inlets continuously brought in the rain water to the lake. From a distance of 17km from Murdi village, water flowed in through a connecting inlet. It was Abdul Rabsab, a local farmer, who surveyed and traced the water inlet to the Murdi village while the second inlet was found coming from the Banigola village, 3km away.The revival of Nidaseshi Kere has recharged the borewells. Kushtagi sees an annual rainfall of 10-15 days and it is very necessary to save every drop of water, says local resident and volunteer Vinay P Kandakur. “Earlier, we used to get half inch of water but now it is as much as one and a half inch in our borewells.

And the recharging of borewells can be seen all around catering to farmers who grow a lot of vegetables. Even the water quality is good.”Today, the revived Nidaseshi Kere has also become a haven for water birds and other migratory species. A visit to the water body early morning reveals a plethora of species including spoon bills, black-headed ibis, and red-naped ibis, bar-headed geese, grey herons, shelducks, northern pintails, and many more seen across the lake with its three islands. Birding groups have sighted 200 bar-headed geese this season itself.

BIRDS’ HAVEN
For many migratory birds from the northern hemisphere, the lake has now become a haunt for many species from December onwards. The spot billed duck has been nesting and breeding while painted storks, black ibis, bar-headed geese, etc can be seen enjoying the environs in a calm and serene landscape

COMMUNITY AREA
Presently, a community area has been marked by the local authorities on about four acres where development works including a park will be taken up soon. For this, the Kere committee has already given a proposal to the district administration

PLANTATION WORK
Kushtagi forest authorities came forward to do their bit and plantation work was taken around the lake with 900 tall and healthy tree species like tamarind, ficus, neem, pomegranate and other fruit trees planted. Of these, 90 per cent have weathered the vagaries of nature and survived

DRY AND FLAT
Nidaseshi Kere was a completely dry and flat land with silt deposits to a depth of over 2m. The water body is spread over 327 acres in Kushtagi taluk, Koppal district