Law catches up with Ravi Pujari after 26-year run

Gangster has 97 cases against him in Karnataka out of which 47 are registered in Bengaluru alone; He is also wanted in Maharashtra, Gujarat and Kerala

BENGALURU: Gangster Ravi Pujari’s 26-year-run as a fugitive has come to an end with the Karnataka police taking him into custody and bringing him to Bengaluru. Pujari who was brought to the city after his extradition from Senegal, was produced before a city court which remanded him in police custody till March 7. Pujari had been arrested in Dakar, the capital of Senegal, on January 19, 2019. While Indian agencies had sought his extradition, Pujari, who had been in judicial custody there, had moved the Senegalese Supreme Court questioning the appeal.

Amar Kumar Pandey, ADGP (Law & Order), said the court had rejected his plea on February 19 after going through his background, clearing the deck for his extradition. “There was no legal option left before Pujari to save himself from extradition. We left for Senegal and took him into custody at 10 pm (Senegalese time) on Saturday. He was brought to Bengaluru by flight in the early hours of Monday,” Pandey said at a press conference. He said a Red Corner Notice (RCN) had been issued against Pujari in connection with a 2007 case registered in Tilaknagar police station, in which two people had been killed in a shootout allegedly carried out by Pujari’s henchmen on Shabnam Developers.

“He was produced before an Additional Chief Metropolitan Magistrate (ACMM) court which has remanded him in police custody till March 7,” he added.Pujari has 97 cases against him in Karnataka, of which 47 are registered in Bengaluru alone. He also has cases against him in Maharashtra, Gujarat and Kerala. “Once we are done with the investigation of the cases registered in Karnataka and file supplementary chargesheets, other agencies concerned will be given opportunity as per law,” Pandey said. 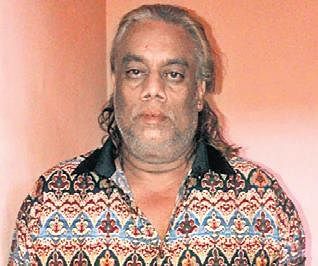 A close aide of gangster Chhota Rajan, Pujari went underground in 1994 after a sensational murder of another gangster in Mumbai. Since then, Indian agencies were on the lookout for him. After the murder, Pujari went to Nepal. “With the help of his aides and some agents, he procured a fake Indian passport posing as a resident of Mysuru. Using the fake passport, he left Nepal and went to Bangkok, Uganda and Burkina Faso. In Burkina Faso, he got an original passport in the name of Rocky Fernandez and lived there for 12 years. With the passport, he stayed in Senegal for three years, till he was arrested. Investigations have also revealed that he travelled to the USA and other countries using Burkina Faso passport,” Pandey said.

Ravi Prakash Pujari, who became Ravi Pujari in the underworld, was rechristened Antony Fernandez by his ‘guru’, Chhota Rajan. “Antony Fernandez became Tony Fernandez and he himself changed it to Rocky Fernandez while getting the passport. He operated using multiple aliases and controlled his network in his own style. He knew when and how to contact his aides and when to make extortion calls to whom,” the ADGP said, adding that according to his passport, Pujari’s age is 59 years. Thanking the Senegal for making the extradition process smooth, Pandey said, “There was no extradition treaty between India and Senegal. But, the process went smoothly due to our bilateral agreements.”

Satisfied with progress of probe: Sait
Mysuru: Congress MLA Tanveer Sait who had allegedly been threatened by underworld don Ravi Pujari, said he is satisfied with the progress of investigation into the gangster. Apart from Sait, JDS MLA Sa Ra Mahesh had also been threatened by Pujari and the duo had approached the police. Sait said many others too had received calls from the don, but they chose not to come forward. “I am waiting for the investigation and interrogation for more details to emerge,” he said. He was speaking to reporters after a procession organised by his supporters to celebrate his return to the city from abroad. The former minister was away from public glare for a long time after a near-fatal knife attack. At the interaction, Tanveer said he is satisfied with the progress of the investigation.

Now we are on Telegram too. Follow us for updates
TAGS
Ravi Pujari