‘Sholay made me fall in love with India’

Iranian filmmaker Shahed Ahmadlou, who is in the city for the 12th edition of Bengaluru International Film Festival (BIFFES), is a huge fan of Amitabh Bachchan.

BENGALURU: Iranian filmmaker Shahed Ahmadlou, who is in the city for the 12th edition of Bengaluru International Film Festival (BIFFES), is a huge fan of Amitabh Bachchan. So much so, that he has lost count of how many times he has watched his movies. Sholay was one of the many reasons he turned into a filmmaker. “I love the way that movie was shot,” says Ahmadlou, who insisted on keeping Bachchan’s picture as the backdrop, when a fan approached him for a photo. 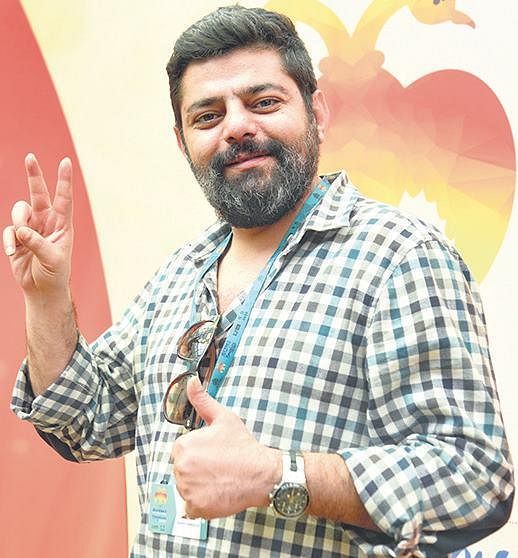 His critically-acclaimed movie, Cinema Khar (Cinema Donkey in English) was houseful on day one of BIFFES, where 225 films from 60 countries will be screened at four different venues till March 4. He says the movie is like a metaphor for what is happening in the global socio-political scene. “My movie revolves around a donkey, which is a metaphor for how people are approaching various issues mindlessly,” says Ahmadlou. For him, cinema is a strong medium, which can influence the world.

“For example, I loved Sholay so much that it made me fall in love with India. That’s the magic of cinema and it’s how you should spread love too,” he says, adding that it is saddening to see the current political situation that India is going through. “It is heartbreaking to see so much violence. People should not forget humanity and look at issues with love and honesty,” adds Ahmadlou.

Cinema Khar was also screened at other international film festivals like Cannes, but did he ever imagine that his 53-minute movie is going to go around the world? He says one can never put in 100 per cent effort if they don’t imagine the outcome. “When I was making the movie, I had imagined everything that I am experiencing currently, especially India, because it is my dream country,” says the 43-year-old, who started his career as a theatre actor and has directed four movies till now.

Even though Cinema Khar is getting all the limelight that it deserves, it has not been easy for the director to come up with such a movie with financial constraints. Ahmadlou says even though he has been in the movie industry for some time, he still struggled a lot to give this movie a platform. “I want to tell all movie enthusiasts that the struggle is as real as it can get. But they should never give up because that’s how good movies are born,” he says.