‘We tend to move away from our mother tongues’

The biggest challenge, Kapoor Gupta says, that they are facing is shipping and distribution.

BENGALURU: There was a time when grandparents sat with their grandchildren and narrated stories and rhymes in their mother tongue. But much has changed now, and noticing this Pridhee Kapoor Gupta, decided to start T4Tales, which helps Indian parents living in India and abroad, introduce Indian languages to children in their early years, through interactive story books. 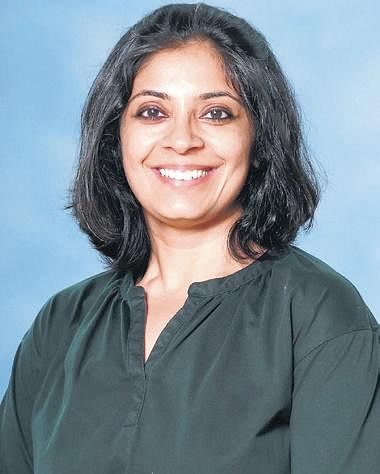 In her journey as a first-time parent, she quickly realised that there were not enough interactive and board books in Indian languages to read to her toddler. “Around 2013-14 in Bengaluru, I found an abundance of English interactive books but not enough in my own mother tongue. But there is also a lack of availability of interactive story books in regional languages that are narrated in a format that captures attention. As we move towards a society where the medium of conversation is predominantly English, it’s no surprise that we tend to move away from our mother tongues. In many Indian households outside India, though there is great emphasis on culture and tradition, the Indian language takes a back seat,” says the mother of two daughters aged eight and three, who resides in Singapore where she teaches at EtonHouse International School Broadrick.

Through her venture, Kapoor Gupta hopes to capture and keep alive verses and stories that are unique to local languages. “And second, to help parents introduce Indian languages to children in their early years which can help in improving a child’s vocabulary, listening skills and imagination,” she says, whose books are available online.

So far, they have a total of four books, three of which are penned by her and illustrated by Bengaluru-based Alicia Souza. “We have been working with Bengaluru-based illustrators from our very first book, a part that can be attributed to me being in Bengaluru during the nascent stage of T4Tales, where I spoke with many illustrators and being thrilled at the prospect of working with each of them,” says Kapoor Gupta, adding that to make it interactive, they have flaps, wheels and pull tabs which have been incorporated along with the illustrations to engage children.

While the target audience is global, they also cater to Indians living anywhere in the world, from the USA, the UK, Australia, South Africa, to India, who intend to teach the next generation any Indian language. They currently have books in Hindi, with a Tamil book launching in a few weeks.

The biggest challenge, Kapoor Gupta says, that they are facing is shipping and distribution. In addition, getting the attention of Indian families living in different parts of the world is tough. “I had to teach myself how to use social media not as a consumer, but a marketer,” says Kapoor Gupta, whose husband recently moved from Twitter Singapore to a startup. “His social media background has come in really handy,” she says.