Once I started teaching in 1965, I started writing regularly for newspapers and academic journals.

BENGALURU: Written by Subrata Mukherjee, The Political Ideas of Rabindranath Tagore analyses the legend’s views in a chronological and historical way; his criticisms of imperialism and nationalism, his faith in pluralism, and why his fiercely liberal beliefs make him a man to be studied thoroughly. Excerpts from an interview with the former  HoD, Department of Political Science, University of Delhi South Campus: 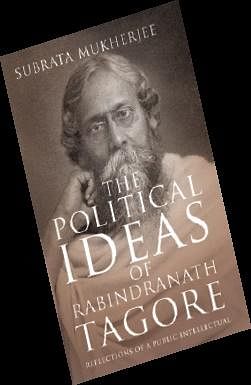 When and how did your journey of being an author start?
I did some stray writings while in school and college. Once I started teaching in 1965, I started writing regularly for newspapers and academic journals.

Do you idolise Rabindranath Tagore and his views?
Tagore is one of the outstanding personalities of the 20th century. I have tried to critically assess Tagore’s ideas as these are of perennial importance.

While growing up, did his ideas and views influence you?
As a Bengali, I have grown up reading Tagore’s multi-faceted writings which include essays, short stories, dance dramas fictions and listening to his songs. Tagore is a household name in Bengal.

What makes your book different from the other books written on Rabindranath Tagore?
My book deals specifically with Tagore’s political ideas concentrating on his political treatises and essays, which constitutes 2/3rd of his writings.

What made you choose Rabindranath Tagore among so many other personalities?
I am interested in the role of ideas and thinkers, both Western and Indian. This has been my life-long interest. My doctoral thesis was on Marxist interpretations of Gandhi. My subsequent work on Gandhi led me to many of his contemporaries. Tagore is one of them. My in-depth study of the various seminal books on Tagore made me realise that Tagore’s political writings ought to be understood historically, something that Tagore himself desired. Sachin Sen’s path- breaking book in 1929 is one such attempt. I focus on his political writings because I see that falls in the realm of political theorising.

What has been your process of research behind your books?
As ideas are both timeless and contextual, I try to understand the role of ideas and thinkers contextually and with reference to their timeless quality.

What message do you want to give to your readers regarding your upcoming book?
Tagore is incomparable because of the range of his voluminous creative output –  essays, short stories, dance dramas, songs, letters. Not only is his imprint on Bengali language and culture indelible, he is also a reference point in India’s cultural and intellectual history. His works are an inheritance that needs to be preserved and cherished. He epitomised the spirit of Indian Renaissance. He was the first Nobel Laureate from both Asia and Africa. He should be remembered for his courage when he renounced his knighthood in protest to the massacre at Jallianwallah Bagh in 1919, his criticisms of Western nationalism and his disagreements with Gandhi. Tagore’s works have a universal appeal not only in South Asia but also the world at large.

Who was the first person to read your book?
Dr. Sushila Ramaswamy, Associate Professor in Political Science, Jesus and Mary College, University of Delhi, New Delhi. Dr Ramaswamy and I have co-authored five books in political theory.