While some went deeper within themselves for self-introspection, others paid more attention to their immediate surroundings.

BENGALURU: The lockdown was a period of reflection for many. While some went deeper within themselves for self-introspection, others paid more attention to their immediate surroundings. 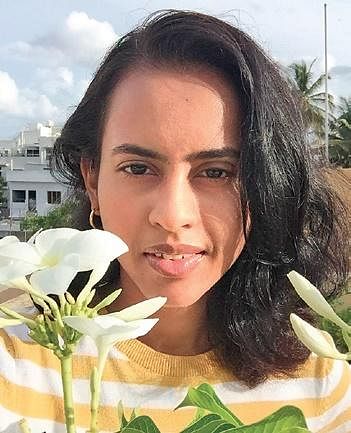 Among them was architect and designer Namitha B Ramaiah, whose meditative walks in her garden led her to become appreciative of the beauty of the flowers growing there. Ramaiah then collaborated with city-based firm FlippAR to turn photographs of these blooms into AR-enabled postcards, where one can scan the picture to learn more about the flower, its origin, how it got its name, and flowering season. Released last week, this ‘lockdown series’ comprises 14 postcards, with photos of 12 flowers.

“They were all clicked during April and May,” says Ramaiah, who took photos of roses, Bougainvillea spectabilis and Plumeria Rubra, to name a few. The whole project – clicking the photos and research for the AR videos – took her a month. “Something that fascinated me was how far these flowers have travelled. For example, bougainvillea is native to Brazil,” she adds.

To access more such nuggets of information through the Augmented Reality content, one would need to scan the postcard with the FlippAR app. A video overlay then gives the viewer key points about the flowers. “People appreciate things through stories. Your perspective can change once you know the history of something,” says Vivek Mahaveer Jain, founder of FlippAR, a city-based firm that helps people engage with cities through stories, using AR-tech.

Previously, they have also brought out postcards on iconic locations and spots in Bengaluru, and are hoping to launch another postcard series featuring trees of namma Ooru. Speaking about the new flower series, priced at `50 and available at Blossom Book House, Champaca or Amazon, Jain says, “This year has been a historic one, and these postcards, in a way, chronicle everything we are going through.”

Petal project
Roses have been cultivated by humans since antiquity, as early as 3,000 B.C. in China
Scadoxus multiflorus, also known as the  ‘Fireball’ and ‘Pin Cushion Lilly’ in India, is originally from the rocky cliffs and woodlands of tropical Africa and Yemen
Bougainvillea spectabilis, a native of South America, was first introduced to India in 1860
Plumeria Rubra, also known as the
Common Frangipani or Red Frangipani, is native to Mexico, Central America, and Venezuela
Ruellia simplex, or Mexican petunia, native to Mexico and South America, is named after Jean de la Ruelle
(1474-1537), French herbalist and physician to King Francois I
Catharanthus roseus plants bear flowers all over the year. Hence it is known as ‘Sadaphuli’ in Marathi