Teaching the art of wordcraft

The online dramatic writing workshop starting on Saturday, will be held through July and August, and will also see participants interacting with fellow writers and international experts in the field.

BENGALURU: Opening another window for skill development in this time of adversity is writer Ram Ganesh Kamatham, who is organising a workshop for experienced writers who want to fine-tune their skills. The workshop will delve into plotting -- the classic approach to revelation and the reversal; character –  getting a grip on wants and obstacles; dialogue - the psychological approach and the speech genre; and time, space and setting. “The mixed bag of offerings straddles both industry standard methods, as well as innovative techniques created by contemporary writers pushing the envelope,” says Kamatham. The online dramatic writing workshop starting on Saturday, will be held through July and August, and will also see participants interacting with fellow writers and international experts in the field. 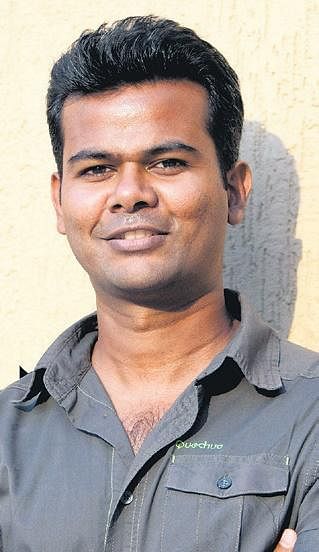 While the workshop covers script writing fundamentals for anyone who wants to create a dramatic text – a stage play, film script, radio play, or web series – Kamatham will also work with myth, dreams and archetypes through the Hero’s Journey -- a popular industry format with screenwriters. “A dramatic text can also be informed by painting and music, and we will gain insights from these forms of expression to enhance our ability to craft drama,” explains Kamatham.

He adds that research skills will round off the basics, and participants will learn how to complement imagination and personal experience. “Fact is often stranger than fiction! With a bit of training, we can make that work for us,” says Kamatham whose work is often set against an urban backdrop, with characters and dialogue reflecting the cosmopolitanism found within Indian cities.

“The workshop is meant for writers working in any dramatic medium, primarily theatre, film, radio or digital. Some of the methods can also benefit those working in narrative fiction looking to fine-tune an ear for dialogue or refine their plotting. Right from stand-up comics looking to generate material, through to screenwriters pitching for a web series, there will be something for everyone who wants to write a script,” says Kamatham whose  hit comedies include Square Root of Minus One, Dancing on Glass, Project S.T.R.I.P. and Ultimate Kurukshetra.(The 9-session workshop will be held on weekends starting July 11-12 from 6-8pm on Zoom. Fee is `9,000 with individual mentoring on a script, and `7,000 without mentoring.)