Upcoming song Kurta Pajama is bound to make you shake a leg, thanks to Bollywood dancer Rahul Shetty’s choreography, which includes catchy yet easy hook steps

BENGALURU: Dancer-choreographer Rahul Shetty has been a busy man during the pandemic. On July 17, Shetty will release his latest project, which is in collaboration with music composer and songwriter Tony Kakkar, who is known for his popular numbers like Coca Cola Tu and Dheeme Dheeme. Their new song is called Kurta Pajama and stars Bigg Boss fame Shehnaz Gill. 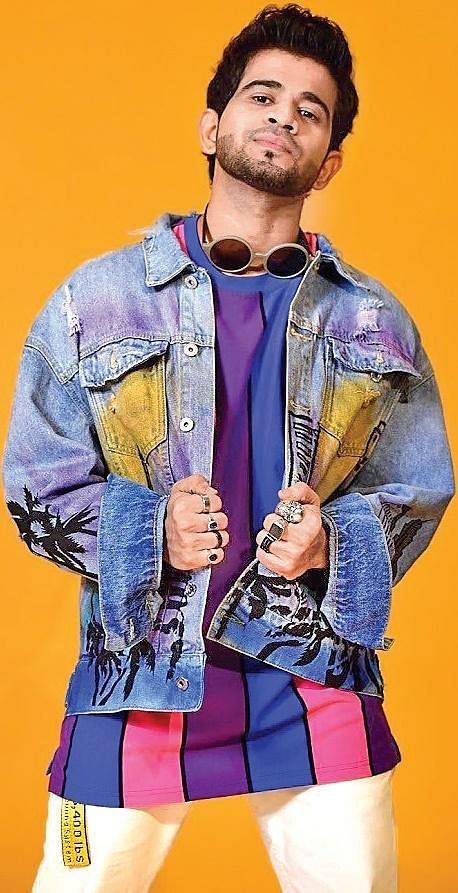 This is the second venture of Kakkar and Shetty, who says the song was nothing less than a breath of fresh air after the lull period during the lockdown. “When Tony bhai called me for this song, I jumped at the opportunity. I was itching to be out with something,” says Shetty. The Mumbai resident hails from Mangaluru and is a popular name in Namma Ooru too, thanks to his dance workshops. The shooting for this song was done in May. Since the number of cases in Mumbai were on a rise, the shooting was done in Pune, with just 25 people on the set.

“Usually we have 100-150 people on the set but we had to manage with fewer numbers,” adds Shetty, who has choreographed songs for movies like Race 3, the ABCD franchise, Kaabil, Baaghi 2 and Houseful 4. The biggest challenge for Shetty was coming up with a hook step. “I wanted to come up with an easy yet catchy step that even a non-dancer could do,” says Shetty, who hopes the song will go viral on social media.

The dancer, who has been shaking a leg since the age of six, became a household name after he participated in reality shows like Crazy Kiya Re and Dance India Dance. Entering Bollywood without a godfather, Shetty has no qualms about calling himself a ‘child of reality shows’. The one big lesson he learned? To work hard for anything. “I find the word struggle very negative. Rather than struggle, I would call it a learning phase. And this applies to anyone who wants to work in any industry,” says Shetty. The key to being a good choreographer, he shares, is to think outside the box.

“India is a populated country with many creative people. You can only shine if you are always coming up with something new and unique,” explains Shetty. Ever the optimist, he believes this is a great time to be a dancer because there are many outlets like choreography for sangeets and corporate events.A frequent visitor to Bengaluru, Shetty is fond of the many “pretty cafes” he finds here. “My last visit was for a Kannada dance reality show, which I could not be part of because of date issues. But the city has the best of both places I belong to – Mumbai and Managluru. It makes me so happy to see people here being so passionate about dance,” says Shetty.