The Pentagon stirred up an intergalactic hornet’s nest this week when reports revealed that the US government was going to release some classified information related to UFOs.

BENGALURU : The Pentagon stirred up an intergalactic hornet’s nest this week when reports revealed that the US government was going to release some classified information related to UFOs. A classic case of American mumbo-jumbo, the objects were called ‘off-world vehicles not made on this earth’ – governmentise for ‘aliens’. The report sent first-world netizens into a tizzy, bringing to life debates about extraterrestrials.

At this juncture, it is important that I slip in a disclaimer. I have never been very good with science. If you placed two beakers in front of me, I wouldn’t be able to tell Sodium from Florium. But I have always held the conviction that aliens must exist somewhere in the universe. I have always felt it was rather arrogant to assume we were the only ones in the universe. For the longest time, human beings have gotten away with shockingly insensitive portrayal of extraterrestrial life. Literature admittedly takes a marginally kinder stance on aliens. But movies, with their incessant need for a strong, evil villain – have depicted aliens in absolutely evil light. 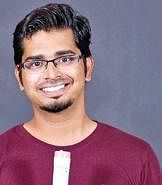 Take the film Independence Day, for example. A film where a US President realises that it isn’t enough to build a wall to check immigration, and so flies to outer space and kills the aliens himself. Or Predator, where aliens attack US soldiers in Vietnam, only to meet Arnold Schwarzenegger, who unknown to them, is a seven-time ‘Mr. Universe’. Or War of the Worlds, where Tom Cruise fights aliens while looking out for his daughter, an action that would be frowned upon amidst the growing debate around nepotism today.

There are a few commonalities in all the depictions of aliens in movies. They are all nameless, sexless, and heartless. And they all usually land in the United States of America, even though most reports agree that economic growth in the land of the brave and the free has been stagnating around 2%. These depictions have limited our imagination of aliens.

I’m quite happy to acknowledge that Indians have a far more compassionate view of life beyond earth. When Indians decided to bring down aliens in Koi Mil Gaya, they shunned the Western notion of evil aliens, opting instead for Jadoo – a friendly alien who was distinctly Indian. Jadoo carried no guns, and inculcated Mahatma Gandhi’s policy of ahimsa. Jadoo also dealt with peculiarly Indian problems, like dealing with school bullies, or answering a surprise question from the Computer Science teacher. Jadoo also liked songs, dance, and did his best to avoid policemen. It is an exemplary depiction of aliens in a positive, and I daresay - human light!

While I may be no expert in science, I am a film critic. And using my vast experience in watching alien movies, I would like to offer an earthly suggestion. It is time we change our attitude about aliens and interplanetary life. For if there are aliens out there, there can’t be a better time to get pally with them.

With global warming and climate change becoming more apparent by the passing year, we clearly don’t have too much time. It’ll be a few hundred years till the countries of the world agree that we need to do something about the planet. I suggest we change our depiction of aliens in movies, just as a precautionary measure. Maybe the aliens are not evil demogorgons hell bent on wiping out the earth. But they might not be willing to turn the other cheek if they manage to get a DVD copy of Alien vs Predator!
The author’s views are his own