With an aim  to support daily wage workers and other underprivileged members of the LGBTQ community, Sangama is hosting a two-day online fundraising festival called Sangama ePride.

BENGALURU: With an aim  to support daily wage workers and other underprivileged members of the LGBTQ community, Sangama is hosting a two-day online fundraising festival called Sangama ePride. The city-based non-profit organisation is organising this festival in partnership with Lemonade Social, an online platform host. It will be held on June 13 and 14  and will feature content creators from the LGBTQ  community like Rani KoHenur, Shiva Raichandani, Raheem Mir, NABI and more from the fields of music, art, food, yoga, dance and mediation. 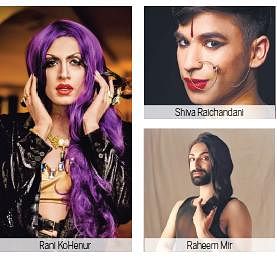 “June is also Pride Month, which was recognised because of the StoneWall riots that occurred in the suburbs of New York in 1969 due to prolonged police atrocities. So the idea was to commemorate and host a virtual festival to bring LGBTQ artistes from across the globe to raise funds and support our relief work in Karnataka,” says Rajesh Umadevi Srinivas, executive director, Sangama.

Started in 1999, the organisation aims to bring sexuality, sexual preference and gender identity into the realm of public discourse and link it to gender, human rights and development. “We have been working on issues dealing with livelihood, health and advocacy for the last 20 years to support these communities,” says Srinivas.

He explains that the ongoing pandemic has also impacted members from the marginalised communities for which Sangama has been carrying out relief work. “We have been involved in relief work during April and May among 27 community organisations in Karnataka and have provided support to 5,800 sex workers and trans people. The proceeds from this festival will go towards aiding these communities,” he says, adding that a contribution of at least `200 has to be made.