Of stereotypes, sacrifices and struggles

During the brainstorming for the book, one of the questions that came up was whether her target audience would be only women.

BENGALURU: Twenty-six-year-old Anupama Tej grew up watching her mother, an ardent feminist who, having married young, was not able to attend college and didn’t have access to opportunities. “When it came to us, my mother was very particular about our education, struggling to send us to school, and insisted we are financially independent,” says Bengaluru-based Tej, whose book, From The Ashes She Rose, captures stories of sacrifices and struggles of women in top positions. 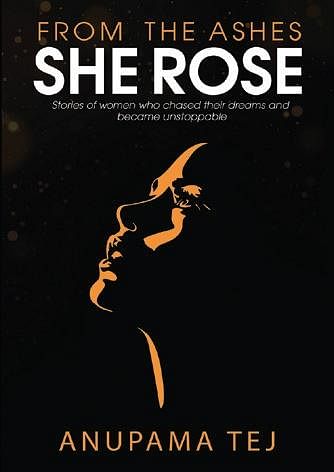 In her book (Notion Press, `120), Tej, the COO of Tinystep, a parenting network, brings to the fore stories of Madhavi Irani (Chief Content officer, Nykaa), Malika Sadani (founder, The Moms Co), Nandini Sarkar (Global Head of Diversity and Inclusion, The Boeying Company), Ria Shroff Desai (Head of People Operations, Sula Vineyards) and Nayana Udupi, Marketing Manager, ThoughtWorks. “The struggles for women in the workplace, home or society are pretty much the same. For instance, many young mothers are forced to drop out of the workforce owing to lack of child care support. Or while every woman is asked about the work-life balance, the question is not posed to men,” Tej says, adding, “Although I am not a mother yet, I still relate to these, having seen others go through such situations.”

The book is an attempt to change these conversations, and capture inspiring tales. “Many a time when a woman goes through a situation, she assumes she is the only one. The idea of putting it out there is to tell women they are not alone in this journey,” she says, adding that she hopes to point out biases existing in society. “During my interview for the book, one of them mentioned a visit to a pharmacy with her husband, and upon purchase he was handed the bill. These biases need to be acknowledged and notions need to be changed to build a gender-neutral society,” explains Tej whose biggest concern is whether she would be able to do justice to the tales.

During the brainstorming for the book, one of the questions that came up was whether her target audience would be only women. “But the idea is to erase these biases. So, it’s for anyone who is willing to admit the stereotypes and sacrifices,” she says.