A casual scroll on your social media feed and there’s a good chance that you would get suggestions for ‘teatime’ videos by actors like Danish Sait and Shraddha.

BENGALURU:  A casual scroll on your social media feed and there’s a good chance that you would get suggestions for ‘teatime’ videos by actors like Danish Sait and Shraddha. Like them, many independent filmmakers and content creators are coming up with their projects in Kannada, mainly owing to a rise in demand for regional content in urban areas.

Though Shraddha made her acting debut with the character of Vasu in Pushpavalli, which gained instant popularity, she has become a familiar name with her Kannada content on social media, with her snippety shows like Eywhatya, Jenius Janaki, etc. 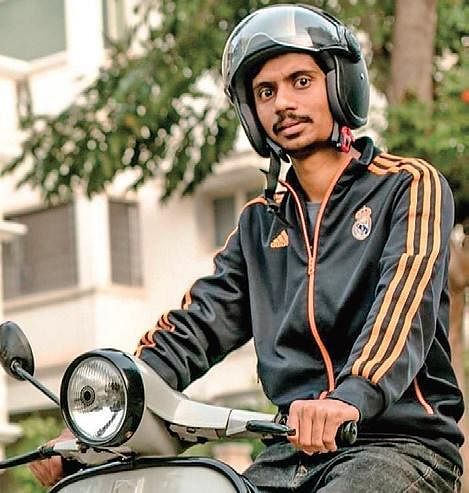 “Much before Kannada content I was doing videos in Tulu and it became very popular because it brought back so many memories for people. It went the same way for Kannada content too. The advantages of doing content in a regional language is that you won’t get the same punch in English. Also the content should be the sole decider of the langauge it should be made in,” says Shraddha who is popularly known as aiyyoshraddha.

Madan Kumar, the co-founder of the production house Paperframes, says although he has been making short Kannada videos for four years, he has seen a drastic surge in the number of viewers for his last few projects. “It all started when a large number of Kannada movies started streaming on OTT platforms and people also started having easy access to internet. This viewership also started spilling over to the other social media content that people started creating,” says 28-year-old Kumar.

Though many in Bengaluru may not be well versed in Kannada, Kumar says such ‘snackable content’ is increasingly making people comfortable with the language, and they start to use words like da, guru, macha, etc. “Many content creators like Jordindian, Brodha V or Danish Sait started giving out small bits of Kannada in their content which has even led the non-Kannada speaking crowd to watch the longer formats,” explains Kumar, adding that his last short film, Lockdown Conversations, went viral within 24 hours of it being released on their official YouTube channel.

According to Poornachandra, an actor and independent  filmmaker, the catchy phrases and humorous content has also started making a huge difference in the way the audience receive the shows. “The age group of the main audience of this kind of movies is 20-35 years. They cannot relate to the way the characters speak in mainstream TV series or Kannada movies, which is more of a bookish language. But with digital content, they do,” he says.

Now we are on Telegram too. Follow us for updates
TAGS
Danish Sait