Ahmer Javed’s obsession to pursue rap as a career came about when he would sit down with his school mates and pen his own lyrics.

BENGALURU: Ahmer Javed’s obsession to pursue rap as a career came about when he would sit down with his school mates and pen his own lyrics. “A lot of rappers came out of Kashmir and tried to do something after artiste MC Kash but at some point, they felt that rap can’t be a career because the odds were against them. Different people have different struggles, I was just so stubborn that I couldn’t think of anything else,” says the 25-year-old Srinagar-born rapper, who has been termed as one of the most influential rappers to come out of the Valley since Roushan Illahi aka MC Kash in 2010. 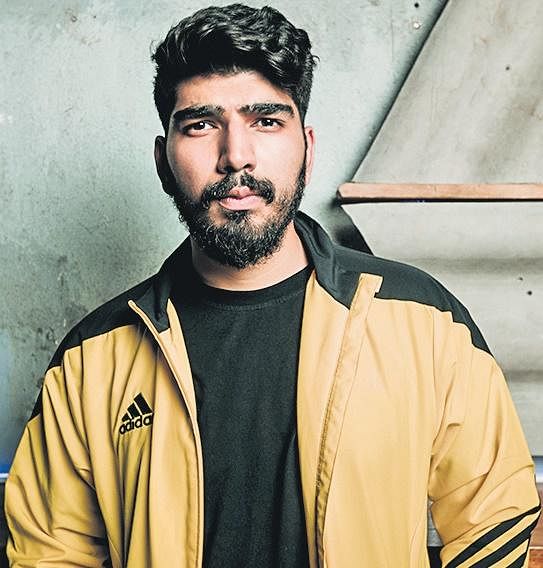 Delhi-based Ahmer, who was in town for the Bengaluru leg of his ongoing EP (Inqalab) tour, recalls that it was his brother who introduced him to hip-hop with artistes such as 50 Cent. His music can be described as hard-hitting, with lyrics shedding light on the Valley’s internal conflict.  In November 2019, Ahmer released his four-track EP Inqalab, a project that came about when Kashmir went into lockdown, a period which almost made him quit rapping due to the prolonged frustration. This also shaped the theme behind the EP. “I’m not a good public speaker but can express much better with my music,” he says, adding that the tracks in the album were influenced by the violence he witnessed during the tense situation.

While tracks like Nazaara speak about the happenings, Aman expresses the discontent around news channels labelling the Valley’s situation as normal. Sarfaraz, on the other hand, speaks about a new hope.In July 2019, Ahmer released his debut eight-track album, Little Kid, Big Dreams, which also featured producer Sajeel Kapoor. “We wanted to do something which wasn’t done in a long time since MC Kash’s music. At the same time, we wanted to keep the essence and bring new elements, like rapping in Kashmiri, talking about the conflict and dealing with my personal struggles through songs,” he says. Paying homage to his past of being a kid who broke the societal barrier to pursue his interests to the conflict that never ended, tracks like Kasheer put Ahmer on the map with its originality.

Speaking about his upcoming projects, Ahmer says his next album will go back to his roots and revolve around his demons, the oppressed who were forgotten and the long-standing issue of PTSD, which many of the Valley residents suffer from. Ask him on whether he plans to emulate MC Kash – who stepped away from the scene and is currently in a musical exile – and carry forward his legacy, and Ahmer says, “There will never be a rapper as good as him from Kashmir. What matters to me more is his mental health, wherever he is right now, I hope he is happy.”