Indonesian cartoonist Jitet Kustana, whose work mostly revolves around environmental issues, speaks to CE about the future of cartoons and his mantra to be a better cartoonist

BENGALURU: Although he has been in the profession for over three decades, Indonesian cartoonist Jitet Kustana does not take his craft for granted. He believes artists must be able to leave an impression on viewers through their individual style. As for Kustana’s style, you can discover it at an exhibit of his work at the Indian Cartoon Gallery on Midford Garden Road. It will be on until April 24. 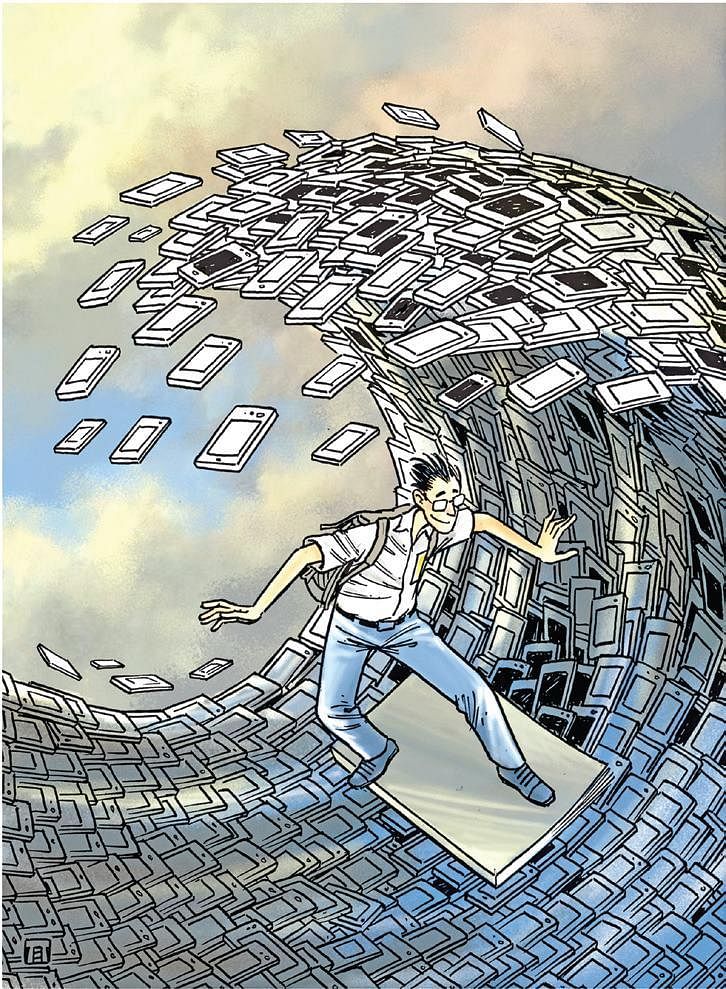 Kustana says that while cartooning requires a certain knack, only practise and consistent effort will make you a good one. “Every artist should have an individual style. Even without a signature, people should be able to guess the artist. That [individuality and recognition] comes with practise and consistency,” he says. Another crucial ingredient of a good cartoon, in Kustana’s view, is compassion, which he believes can give an artist better perspective.

Ask him what his thoughts are on the problems that plague the world, and he says, “If we talk about the problems of the world, I could only show the story from one side. That’s how a cartoonist can give a personal touch to his (or her) work.” He is keen on travelling and meeting fellow artists across the world through his exhibition.

Kustana, who is known for his work on environmental issues, says cartooning is his way of expressing himself. “Cartoons are a very effective visual and universal language to send a message. Environmental damage continues. Pollution is getting worse, war continues to occur in various countries, the impact of war on children, the impact of all that for future generations... Cartoons kind of remind us of these problems,” explains Kustana, whose first cartoon was published by Indonesian newspaper Suara Merdeka in 1987.

A cartoonist’s job is to bring out truth through art, and it’s up to people decide what to make of it. Being a freelance cartoonist helps keep individuality intact, he says, but immediately warns that freelancing is not the easiest way to go about it. “I am my own boss and employee, and have to determine my work hours. Every day I have to record ideas. Sometimes I even wake up from a nap to remember the ideas in my dreams,” he says. The future of cartoons as an art form will be quite competitive, he believes. “One of the main reasons for it is technology. Because of the constant flow of information, cartoon ideas are increasingly emerging,” he adds.

Now we are on Telegram too. Follow us for updates
TAGS
Jitet Kustana