BENGALURU : To ensure transparency and accountability in the disposal of hazardous waste generated by industries, the Karnataka State Pollution Control Board (KSPCB) has taken the process completely online across the state from April 1.

A notification to this effect was issued by the board on March 31 to all industries. The move, billed the e-Manifest, has been introduced under the Hazardous and Other Wastes (Management and Transboundary Movement) Rules 2016. 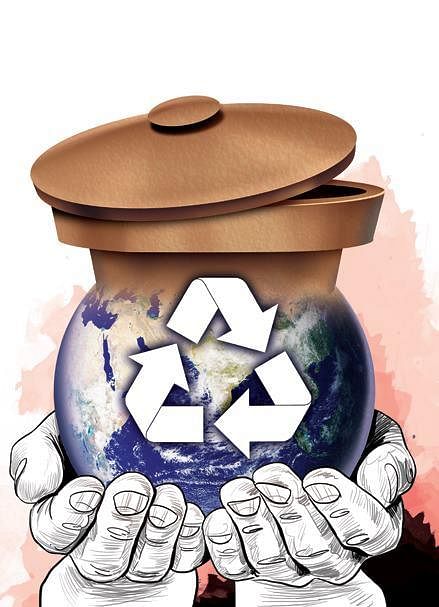 KSPCB member-secretary Srinivasulu explained that under this rule, industries must compulsorily maintain a ‘hazardous waste manifest’, which is a shipping document prepared and signed by the authorised sender that travels from the point of generation to the final treatment, storage and disposal facility.

“The objective behind the manifest is to track hazardous waste from the time it leaves the generator facility of the industry to the off-waste management facility that will store, treat or dispose the waste,” he said, adding that the whole process was done manually all along which was tedious.  “To simplify the process, an IT initiative in the form of e-Manifest has been taken up by us across Karnataka now,” he said.

TNIE has a copy of the notification which describes e-Manifest as: “This is a web-based application which enables registration and collection of hazardous wastes, transaction control, transparency in operations, accountability at all levels, sustainability and convenience to all stakeholders.” Srinivasulu said that tens of thousands of industries dispose of waste daily and it is physically impossible to cross-check the manual applications regularly.

“There are so many gaps in monitoring, and this allows irregularities to take place. For instance, industries would specify they were disposing a specific quantum of waste, but a much higher quantity would be disposed of.  Through this kind of a tool, with very simple responses expected from the sender, the transporter and at the collection point, the board can closely monitor proper waste disposal,” he said. The move has just been rolled out and presently the board is hand-holding all those involved in the disposal process to help them get familiar with the process, the official said.

Marshals posted at CETPS
Another move initiated by the KSPCB is the posting of 12 marshals across its Common Effluent Treatment Plants (CETPs) from April 2. “For the first time, we have recruited individuals for such a post. They are like watchdogs at the plant who will cross-check if the e-manifest process we have put in place is working smoothly,” said KSPCB member-secretary Srinivasulu. This was a small step towards cleansing the system, he added.

Now we are on Telegram too. Follow us for updates
TAGS
KSPCB industrial waste disposal