‘Dronacharya firms up a strategy to attack Abhimanyu from behind’

Jayadrath stands like a wall and is unconquerable. He displays amazing power and succeeds in stopping not only the Pandava brothers but anyone who dares to enter the Chakravyuh.

BENGALURU : ‘O Destroyer of the Universe! Grant me a boon so that I can defeat all the five Pandavas in battle.’‘O Jayadrath. You are asking for the impossible. What you ask for contradicts a boon I had given Arjun many years ago, impressed as I was when he gave me a tough fight. I granted him the knowledge and use of the formidable Pashupatastra.’ 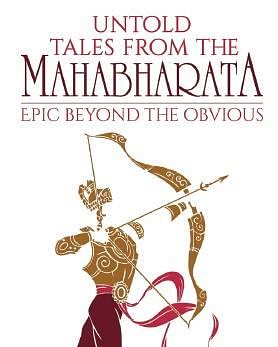 Jayadrath who has been waiting for an opportunity to strike back at the Pandavas, finds his moment during the bloody Kurukshetra war, with Arjun’s son Abhimanyu.He thinks to himself, ‘If I kill Abhimanyu, Arjun will be crestfallen and will not have the heart to fight us. Abhimanyu’s death will further create dissensions and the brothers will part ways. Once that happens, it is a matter of time before we vanquish the Pandavas.’

Back on the battlefield, Dronacharya notices the absence of Arjun who is away from the theatre of action, fighting Susharma and his army. This is a deliberate ploy to wean him away when they implement their strategy to end the war once and for all - the formation of the Chakravyuh. With its creation, the Kauravas gain the upper hand and casualties mount on the other side. That is when Yudhishtir gets worried and asks for Abhimanyu’s willingness to enter the Chakravyuh.

The excited young warrior is more than pleased to take up the assignment and prepares to pierce the circle. He succeeds in entering the Chakravyuh and in no time shows by raking up the dead bodies of soldiers as he makes his way into the innermost circle. The fury of his arrows is unabated. Even Dronacharya and Karna are unable to face the teenager’s onslaught. Seeing the havoc that a mere teenager has caused, Duryodhan lambasts Dronacharya.

‘O Great Guru,’ he says mockingly. ‘I thought that the Chakravyuh would seal the issue in our favour, but it is turning out to be counter-productive. Why are we not able to stop Abhimanyu?’
‘Way back when you were my students, Arjun learnt the Kavacha Dharan Mantra, a spell that will encase the warrior in an impenetrable armour, making him invincible on the battlefield. I suspect that he has passed it on to his son. As long as Abhimanyu has the protection of the mantra, let alone me, nobody in the Kaurava army can defeat him. However, the mantra has a vulnerability.

If we attack Abhimanyu from the rear and break his bow, the mantra is neutralised,’ replies Dronacharya. All the while, Abhimanyu assumes that he has back-up support from Yudhishtir, Bhim, Drupad and Drushtadumnya; but they are effectively blocked by Jayadrath, who is unstoppable on this day, according to the boon given to him by Lord Shiva.Jayadrath stands like a wall and is unconquerable. He displays amazing power and succeeds in stopping not only the Pandava brothers but anyone who dares to enter the Chakravyuh.

Meanwhile, Sanjay narrates to Dhritarashtra the proceedings on the battlefield. ‘O King! Your son-in-law is fighting like a possessed warrior. He is moving with lightning speed, scattering the Pandava soldiers, and defeating the Pandava brothers themselves. He is standing like an impenetrable wall separating Abhimanyu from the rest of the Pandavas.’ A smile escapes the face of the blind king.

On the battlefield, Dronacharya firms up a strategy to attack Abhimanyu from behind without his knowledge - a move that goes against the tenets of dharma and does not conform to the rules of engagement. Excerpted with from Untold Tales from Mahabharata by Uday Shankar, with permission from Bloomsbury India.