According to Finance Department officials, there seems to be some kind of competition in showing works that need to be undertaken and the funds needed.

BENGALURU : Soon after the Bruhat Bengaluru Mahanagara Palike (BBMP) Chief Commissioner Gaurav Gupa said that funds for zones will be allocated on a need basis and the works listed, the zonal commissioners have started to tour the areas and prepare a list of works to be done and the funds that will be required. According to Finance Department officials, there seems to be some kind of competition in showing works that need to be undertaken and the funds needed. 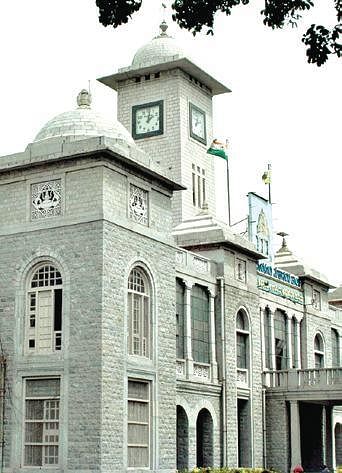 “Though it seems healthy, it actually is not. While showing that they need more funds, they are also exposing how bad the development works are in the wards. This will take away the opportunities of others who actually need it,” an official in the finance section said. The newly appointed eight zonal commissioners also have additional roles like welfare, forest, environment, lakes, solid waste management, taxes and projects.

Apart from handling their existing roles, they have also started visiting the zonal offices on a daily basis, where infrastructure is still being set up, and are interacting with citizens to ascertain what basic infrastructure is required. In the recent BBMP Budget, the civic body administrator had announced that 50 per cent of the receipts around Rs 2000 crore will be allocated to zones to take up different works and services.

Explaining this, BBMP Chief Commissioner Garuav Gupta had also said that there was a need to decentralise funds and works. It was also decided that funds will be given after a discussion with citizens, meetings in ward committees and decentralising further from zones to wards and to blocks. A zonal commissioner, not wanting to be named, said, “We need to get more funds as that will decide what works we can take up and how good the zone is. It will also show how active people and officials are in making the zone a better place. This is the first such exercise and everyone wants to be the first in the list to get the best.”

Now we are on Telegram too. Follow us for updates
TAGS
BBMP