Roblox isn’t just an online platform for gaming that contains a catalogue of several million games, and millions of daily users.

BENGALURU : Playing Roblox made me feel as out of place as a giant piecing together tiny lego bricks. Unsettling. It had been a while since I encountered an online gaming platform where strangers were consistently nice to each other on the text chat. But there it was. Roblox isn’t just an online platform for gaming that contains a catalogue of several million games, and millions of daily users.

It also encourages its users to develop gameplay content and contribute to the platform. It also established a system to monetise the developer’s content through its currency — robux. It is also a universe unto itself where every version of reality and every game that has ever existed will find its contemporary in Roblox. It is also playable on your phone or a PC, and several other consoles. It is also free, for the most part. It also…you get it now. There’s a lot to uncover. 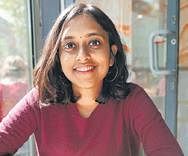 All the games in Roblox are developed using “Roblox Studio”. This means that the available games feature the same base 3D effects in varying degrees of complexity. Considering that the games are playable across platforms, the controls are mostly restricted to basic movements, jumps and clicks. Despite the obvious shortcomings associated with “basic” games, the game ideas generated by the users are completely out of the “blox”.

The most popular games in Roblox foster cooperative competition. It gives me hope for the future, as it appears that this platform is used mostly by young kids. Nothing motivates me like when ‘xgamergirlst11234’ types in a “you can do it!” in the chat box, specially when they have nothing to gain from it. Folks who have played the games multiple times and have been through the whole grind actively try to help you with the format both over chat, and during gameplay.

There are several co-operative story-based games, and while I have slipped up multiple times, I have heard nothing but a kind word from the children of the Internet. It makes the often-frustrating graphics and fiddly movements worth it. I almost do not want to tell more people about it; what if the niceness of the community accidentally dilutes?

Now we are on Telegram too. Follow us for updates
TAGS
Roblox Online lego