A Love Letter from Corona

I hate to say this but I’m back. I sometimes giggle when I think of the beginning of our scrimmage.

Dear Indians,
I hate to say this but I’m back. I sometimes giggle when I think of the beginning of our scrimmage. Even as I was striking fear in other nations, a lot of you assumed your country wouldn’t be affected. A year ago, a younger version of me watched as you guys banged plates and lit diyas. Unbeknownst to you, you guys were giving me a grand welcome worthy of the gods.

I’m not going to lie – you guys had me scared a year ago. When your Prime Minister announced a complete lockdown, I was impressed by your ability to adhere to rules. What discipline! You people stayed indoors, wore masks, observed social distancing, and motivated each other to be safe.

But the problem is how easily you all are distracted. Within a few months, you guys started quarrelling about religion and politics. Like you people have vaccines, religion and politics are my boosters - they give me a shot in the arm. And just when it looked like you guys might have won the bottle – your politicians showed up. 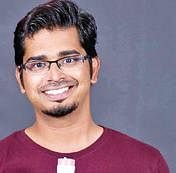 I really must thank your politicians - my true friends. Chief Ministers of various states held large rallies invoking people to come out and vote in large numbers. Your Prime Minister himself held massive rallies as recently as a fortnight ago, without wearing a mask. Your Health Minister announced in March this year that India is in the endgame in your battle with me. Even today, you guys are too caught up either in accusing the government, or squashing criticism – depending on which side of the political line you stand. But you have to realise, these lines are immaterial to me. Someone should write a self-help book on my determination and self-will. I have no political affiliations; just a single minded focus on my goal of infecting as many of you as I can.

And a year later, here we are! You people had one year to prepare, and instead of being on war-footing, you patted yourselves on the back for your good work. Even as countries were battling their second and third waves, you chose to ignore your massive population density and its disastrous implications. However, you might have one final salvo up your sleeve.  India is a vaccine superpower. Not only do you guys run the world’s most efficient immunization programme, you are also the supplier of 60 per cent of the world’s vaccines. You provide vaccines to a number of impoverished countries, and even though you never get the credit for it, are responsible for a massive reduction in mortality rates around the world.

Vaccines are your strength, and it’s a scary thought for me. But having known me, you must know I don’t accept defeat easily. So that’s how the battle stands today, India. If you had an edge in round one, I am clearly leading in round two. It’s a battle that could go either way. And after tasting success around the world, I come to the Indian subcontinent with the ambitions of Alexander the Great – who by the way, succumbed to a mosquito - a good friend of mine!

Dear India, the contest has been a heated one, with both of us winning a round each. With the final battle coming up, I’ll see you in the battlefield. Irrespective of who wins this war, it will go down in the annals of history. Thank you for being such good opponents. Lots of love, your friendly neighbourhood virus – Corona.

(Views expressed are the author’s own)