‘Ramdhan had been in pain for 10 days’

The man looked familiar. Ramdhan peeped from behind a tree to take a closer look at him, and froze.

BENGALURU: The man looked familiar. Ramdhan peeped from behind a tree to take a closer look at him, and froze. Even after a gap of ten years it wasn’t difficult to recognize Khageshbabu. Khagesh Khastagir, the man who rummaged through old bricks and stones.

Satyaprakashbabu of Bakultala was standing next to Khageshbabu. He said, ‘But no one has cast any aspersions on this house. There are no ghosts or ghouls in its vicinity. You can easily spend two nights here. As you also have a retainer with you, there’s no need to worry. You have been here before and have seen these beautiful temples. These are all a hundred and fifty to two hundred years old. People hardly ever come to our village. It’s our great fortune that you are back here after such a long time.’ 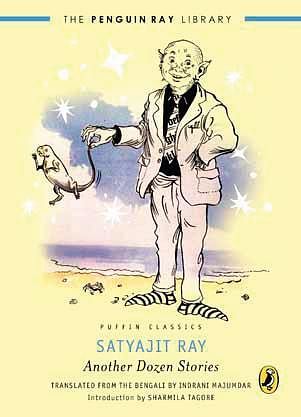 Khagesh Khastagir was Ramdhan’s uncle’s friend. He lived in Calcutta and practised archaeology or some such thing, for which he made trips to this village of Jamhati to study ancient terracotta temples. A few articles by him on his work had also occasionally appeared in newspapers.

Ramdhan was very curious about the nature of Khageshbabu’s work, yet he could never summon up the courage to say so. Oh God, there was no way he could forget that one incident when he had dropped one of Khageshbabu’s stone figurines. As it is the archaeologist was ill-tempered, and on top of that there had been this big loss. To punish Ramdhan, Khageshbabu had grabbed a clump of Ramdhan’s hair in one hand and pulled up his narrow waist with the other. He had then lifted Ramdhan up over his head and flung him to the ground. Ramdhan had been in pain for ten days.

Ramdhan was essentially meek and mild in nature. When Khageshbabu had first come to their house, Ramdhan had been only seventeen. Everyone would repeatedly ask him to run errands for them and constantly shout at him. Drop the letter in the postbox- Ramdhan will do it; drop Bishu uncle at the station-let Ramdhan take him; it’s a rainy day, get some savouries from Keshto’s shop-Ramdhan will fetch them. As a result, Ramdhan had to be on his toes round the clock. If he slipped up, there would be no end to the reprimands. Starting with the host of the house to even his thirteenyear-old brother Bishtu, they had all rolled their eyes at him.

Satyaprakashbabu was overwhelmed when he realized that Khageshbabu had returned to their village after such a long gap and taken up a room in Ganguly’s house. He said, ‘From your work point of view, that south-facing room would be best, both in terms of light as well as air. You can see the Gonduki Mountain from there and work in complete peace and quiet.’

Oh dear! What a nuisance! Ramdhan’s flute was still in that particular room. He was so attached to this special flute, which he had bought for four annas from a fair on the day of Rathyatra. They now had history together. These days, Ramdhan went to the north-facing field of his village, sat under a barren almond tree and played his flute. He spent a lot of his time doing that. He hardly ever stayed at home; mostly he wandered through various pastures all by himself. No one objected to this. It was for the better. They felt that since Ramdhan had served so many people on so many occasions, he was entitled to his freedom.

Extracted from Another Dozen Stories by Satyajit Ray, translated from Bengali by Indrani Majumdar, with permission from Puffin Classics