The climate of crisis

Climate change is real, and it is exploding right now in front of us. And yet, most of us are ignoring it and some are denying it.

BENGALURU: Climate change is real, and it is exploding right now in front of us. And yet, most of us are ignoring it and some are denying it. We are already suffering the consequences-floods, droughts, cyclones, hurricanes, forest fires-not to mention the migrant crisis, and the almost-routine farmer suicides. But the world is split on the way forward. Books on climate change put forth contrasting points of view-eastern vs western; political vs moral; technological vs religious; individual vs collective.

Interestingly, fiction too has covered climate change. The Drowned World is a 1962 science fiction novel by British writer J. G. Ballard. It depicts a post-apocalyptic future in which global warming has made most of the Earth uninhabitable. The novel is considered a founding text in the literary sub-genre of climate fiction (Cli-Fi).

Amitav Ghosh in his The Great Derangement has passionately examined our inability-at the levels of literature, history, and politics-to grasp the scale and violence of climate change. He believes that the climate change debate will be decided in Asia, not in the west, but that the solution has to be international.

Canadian author and social activist Naomi Klein’s This Changes Everything (2014) challenges the current free-market ideology. She argues that capitalism and controlling climate change are fundamentally incompatible. Her On Fire is a collection of essays on climate change and the urgent actions needed to preserve the world.

Bill Gates believes that our only chance of salvation is through innovation. His book How to Avoid the Climate Disaster is a must read for everyone. He proposes the ambitious goal of reaching “zero by 2050” by innovating in every aspect of our lives-from manufacturing to transport to agriculture.  Bill’s own favourite book for a better understanding of the climate challenge is Weather for Dummies by John D Cox.  What can we do as individuals? We can find an answer in Being the Change: Live Well and Start a Climate Revolution by Peter Kalmus. 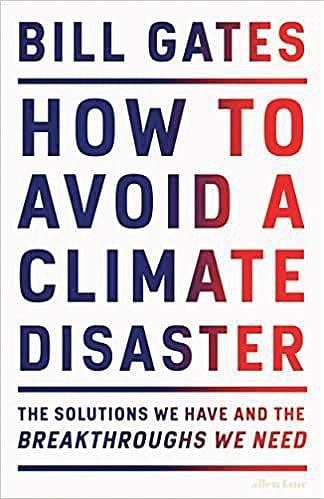 Kalmus, an atmospheric scientist and father of two, embarked on a journey to change his life and the world. He switched to bicycling, grew food, and made other small changes through which he was able to slash his climate impact to one tenth the US average and become happier in the process. This book will inspire individuals who want to take climate action but are unsure of where to start.  The first time I understood the seriousness of the climate crisis was when I had the opportunity to hear former US Vice President Al Gore at India Today Conclave in 2008.

His passionate appeal to the world on the urgency of the climate crisis was a turning point that initiated a widespread debate on a topic that few were willing to spend their resources on. His advocacy work and his documentary (and book The Inconvenient Truth) won him the Nobel Peace Prize (jointly with IPCC) in 2007. IPCC mentions that climate change is rooted in the idea of justice. Do we have time to build a social movement around climate change? Can we galvanize everyone to rally behind it or have we yielded to the west’s idea of what constitutes a ‘good life’? In the 1944 existentialist play No Exit by Jean-Paul Sartre, three deceased characters are punished by being locked in a room together for eternity. Are we similarly compelled to become the wardens of our own prison, guardians of an empty future?

The question is: Can the pace of human ingenuity outrun our hubris? Time will tell.

Now we are on Telegram too. Follow us for updates
TAGS
The Drowned World