Behind the reel life

Her yearning for a normal life only became apparent when she met Svetoslav Roerich, her second husband.

BENGALURU: There is much more to Devika Rani’s life than her on-screen kiss and marriage to painter Svetoslav Roerich, says author Kishwar Desai, as she talks to CE about her latest book on the late Indian actor

Often called the first actress of the Indian cinema, Devika Rani remains one of the most talked about actors in Indian cinema. Chronicling her life in the book, The Longest Kiss: The Life and Times of Devika Rani (Westland, `599 ), is Kishwar Desai, who delves into Devika Rani’s contribution to films, and her life beyond  controversies. Excerpts from an interview: 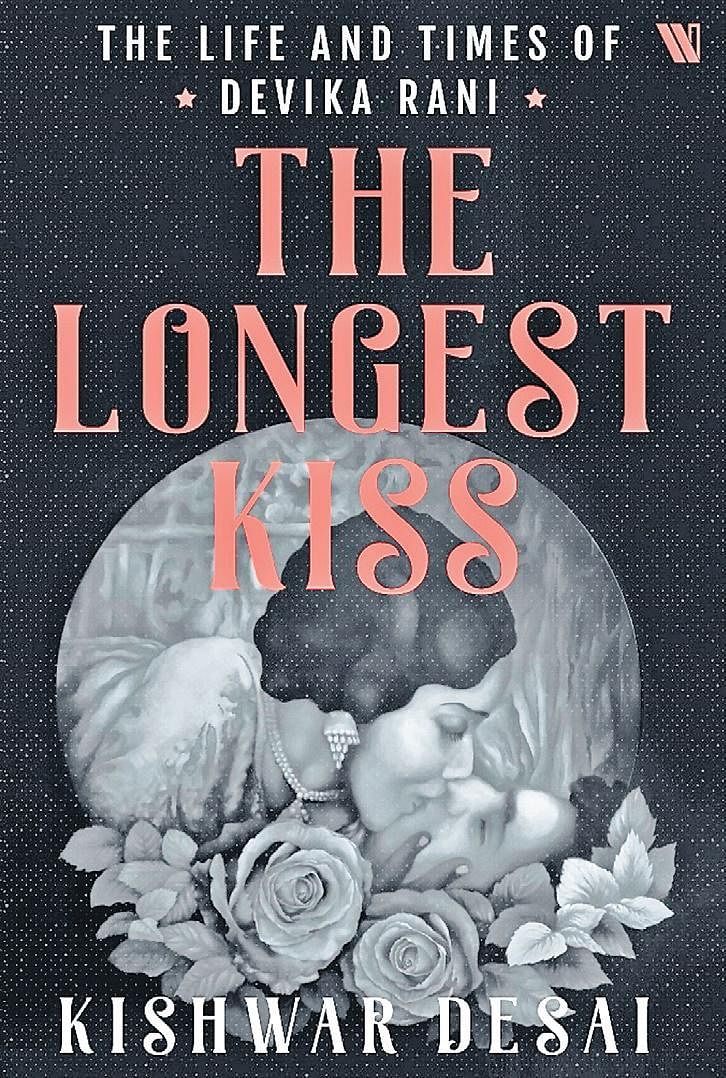 What was it about Devika Rani’s life that fascinated you and prompted you to document it?
I have always been interested in the origins of early Indian cinema – and the story of its early globalisation – as represented by the work done by Devika Rani, her husband Himansu Rai, and their collaborators such as Niranjan Pal. Her contribution to cinema has been completely overlooked.

Yet, there was a good reason Himansu brought her on board as the face of his first international Talkie, Karma, as well as the Bombay Talkies studio, because she personified the modernisation. She was a private person. I realised that we required a proper biography of her contribution, but all I found about her was innuendo and a lot of slander but very little real information.

She ran Bombay Talkies after Himansu Rai’s death at a time when the industry was very male-centric. How ahead of her time was she?
She described herself as a career woman, who strongly believed in financial independence. She sat on the management board of Bombay Talkies and became the only actress of her time who was a shareholder in the management agency, as well as the sole producer and controller of productions. Unlike other artistes who could not take the pressure and fell apart or became alcoholics, Devika took the ups and downs in her stride.

The book is called The Longest Kiss. Can you share any behind-the-scene moments from the famous scene?
‘The Longest Kiss’ in Indian cinema was for a long time attributed to the film Karma (1933). Behind the scenes, what no one knew was that Devika had written the film treatment and story line, and this kiss was very much a part of it, and written into the script by her. She was never given the credit for the film treatment. But for the record, it was her first and last on-screen kiss.

She spent the last part of her life in Bengaluru. Is there anything that struck you about those days?
Her yearning for a normal life only became apparent when she met Svetoslav Roerich, her second husband. For his sake, she wished she could have been as gentle as before: an “uncrushed flower”, not one that had been trampled upon. I visited Bengaluru where she had lived, and even the Ashoka Hotel where she and Svetoslav stayed for a few years. However, I found that the stories here were many, but mostly about their social interactions, and the work done by Svetoslav.

The part that fascinated me was how she continued to appear in public with full make-up, powdered and coiffed till her last days. What was terrible was how the couple had been exploited by their attendants and others, and so much of their wonderful collection of art, jewellery, coins, shawls and so many other beautiful things were stolen or smuggled out of the country. I was impressed with how she managed to turn their Tataguni estate into a wonderful business, planting trees from which oil is extracted -- to be used for cosmetics and perfumes.

How long did it take you to finish the book?
I am usually a fast writer. But in this case it was like piecing together a jigsaw puzzle – and none of the papers or interviews or reviews were in chronological order. During the lockdown, I spread the papers all over the house, and put them in place. The book was written for three months in 2012 , and around five months in 2020.