Lack of data: Many Karnataka health workers plan to give vaccination a miss

They are unhappy that no choice has been given between Covishield and Covaxin; experts raise concerns over data

BENGALURU: Frontline workers, who are the first in line for the Covid vaccine, are irked that they have not been given the option of choosing between Serum Institute of India’s Covishield and Bharat Biotech’s Covaxin.

With Phase 1 of vaccine administration all set to kick off from Saturday, many are planning to opt out of getting vaccinated due to lack of data over the safety of Covaxin.

According to experts, the Central Government should have waited for Covaxin’s efficacy studies to be completed before greenlighting its rollout.

“The government has indicated that there will not be a choice between Covishield or Covaxin. While both are under restricted emergency use, one of them is still awaiting efficacy studies to be completed. Also, it has been approved specifically under clinical trial mode where specific consent will presumably need to be taken. This might raise questions about (lack of) choice, and could impact uptake,” Bio-ethics researcher Anant Bhan told The New Indian Express.

Healthcare workers contend that at the time of approvals for the two vaccines, various experts, including Dr Bhargava and Dr Randeep Guleria of All India Institute of Medical Sciences (AIIMS), had said that Covaxin will remain a “back-up” till its efficacy data from the ongoing Phase-3 trials is made available.

“But the rollout of both vaccines clearly shows that Covaxin was not a ‘back-up’,” a senior doctor said who has decided not to take the vaccine for now. 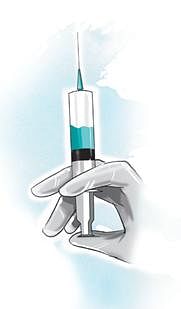 The doctor added, “Also, both vaccines are publicly funded and both have issues with lack of data. For Covaxin, Phase-3 trials are still going on and no raw data is available. And for both the vaccines, information around adverse effects remains opaque. There is also concern among the medical fraternity regarding the rollout, especially around adverse effects following neurological symptoms and the issues in Bhopal.”

Several of them, who are already apprehensive of taking the vaccine, may now even opt out of vaccination, even though they are healthcare workers, said another doctor.

However, Dr Jayanthi C R of Bangalore Medical College and Research Institute (BMCRI) said that people should not be apprehensive of taking the jab as the government would have taken the decision keeping in mind the safety of people.

“In many countries, more than one vaccine has been given. We need not worry or panic. The earlier data available shows that both the vaccines are safe,” she added.

Experts wonder if the government is administering Covaxin in some places due to logistic constraints.

According Dr Bhan, “Only one type of vaccine will be available for recipients. This might be due to logistical constraints of limited supply.”

Dr Giridhara Babu, senior epidemiologist and member of Covid Advisory Committee, said that the government probably needs to explain why no choice has been given.

“Although both the vaccines are safe, the government could have waited for the data to have come out,” he felt.

Now we are on Telegram too. Follow us for updates
TAGS
health workers COVID 19 COVID vaccine