Caught up with Sun temple’s conservation, prime custodian ASI seems to have relegated these little entities to backburner, leaving them to virtually rot.

KONARK: About a kilometre away from where Sun Temple stands, towering into the sky as an ode to the timeless Kalingan architecture, fragments of Odisha’s invaluable legacy lay on a mound. Each sculpture, once part of the architectural marvel, now bears distinct marks of weariness of weather and indifference inflicted over the decades.

Welcome to the Archaeological Survey of India (ASI)’s museum where these pieces of Odisha’s magnificent history pile on each other under the open sky, as if seeking cover from the unforgiving summers, monsoon and winters.

Caught up with Sun temple’s conservation, prime custodian ASI seems to have relegated these little entities to backburner, leaving them to virtually rot. 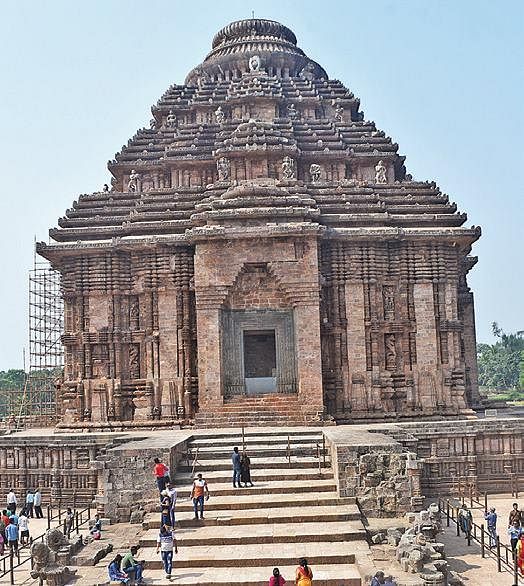 India’s premier archaeological agency is often accused of replacing intricately engraved sculptures with plain stones on the walls of the 13th-century monument, a charge ASI has constantly refuted.

However, it is at pains to explain why the sculptures engraved on Khandolite stones which have fallen off the monument over the decades remain uncared for. And these are not just a few of them; a count says that there are 2,050 carved and plain sculptures (architectural fragments) which are stacked up at an open space called the “sculpture shed.”

None of them is documented.

The ASI museum was established in 1968 and now has four galleries that exhibit 262 sculptures, comprising mostly fallen compositional pieces and figures that were found by the British when they began clearing the Konark temple complex in 1901. Designated antiquities, these sculptures are secured in galleries and a reserve room.

Not each part of Sun temple has been as lucky. Outside the museum building and on its premises at Konark, ASI has stocked hundreds of small and large fragments of the main temple that first collapsed.

Parts of Jagamohan and Natya Mandap also find refuge out in the open.

Although the museum was meant to preserve remains of the protected temple, ASI clearly is struggling with space and logistics.

Odisha Government, on its part, has rarely shown any interest to chip in with support though it has embarked on a grand heritage project across the State, including at Konark.

Many of the freestanding images and architectural fragments, broken ornamented panels of the Sun temple, which exhibit the rich repository of Kalingan architecture and sculptural grandeur, stand mute spectator to the state apathy.

Besides the 262 antiquities which are safe in the galleries, as many as 293 large fragments of Sun temple are placed on 106 pedestals in the courtyard while over 2,050 carved and plain architectural fragments have found place in the sculpture shed.

Most sit on boundary walls and a series of brick pedestals rising to the height of around 3 ft exposed to humidity and salinity. Fragments are not as important as the antiquities of Sun temple, says ASI and, that is why they must suffer their fate.

None of the fragments has, so far, undergone chemical cleaning or any other treatment to delay aging of stones. As a result, many get corroded, blunted and are losing layers. 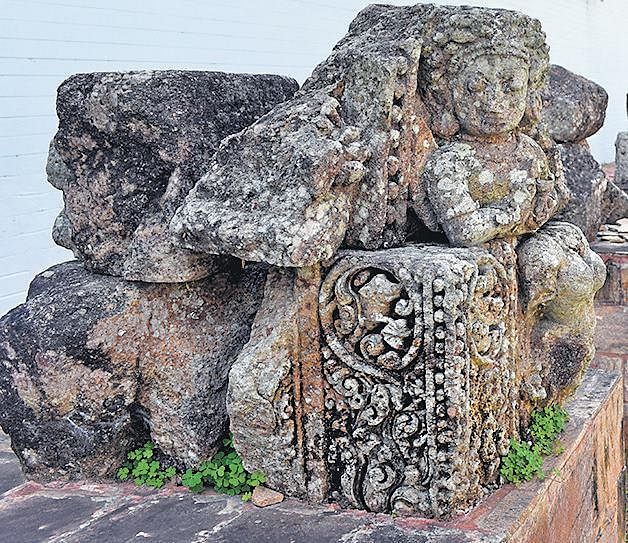 “Fragments in the courtyard are being cleaned but it is difficult to treat such a large number of fragments stocked in the sculpture shed,” museum in-charge PK Nayak claims. None of these fragments has been documented till date, either by the British or ASI. On the contrary, at least 100 fragmented sculptures are properly documented by the National Mission on Monuments and Antiquities.

Conservationists are aghast at the indifference.

They say fragments are as precious as antiquities because they are part of the majestic monument’s history.

“The fragments are all the more important because they belong to a designated World Heritage Site. Instead leaving them out in the open, these must be conserved and stacked because these are important pieces of architectural evidence which can piece together history and architectural significance of the temple. Every bit of information is important when it comes to Konark temple”, says eminent heritage conservationist Urvashi Srivastava.

At The Indian National Trust for Art and Cultural Heritage, conservationists feel fragments must ideally be conserved in-situ but if it is not possible, these should be relocated to a place where it would be safe for continued contemplation.

Superintending archaeologist of ASI-Bhubaneswar Circle, Arun Mallick informs that he has submitted a proposal for construction of a roof for sculpture shed.

“Conservation works move at a slow pace and so far, focus has been on Sun temple’s Jagamohan and its periphery. However, we have now approached ASI to construct a shed or a roof like structure”, says Mallick who initiated a massive restoration work at the Sun temple. Under the renewed restoration drive, iron scaffoldings were removed recently from the Jagamohan after two decades.

Now we are on Telegram too. Follow us for updates
TAGS
Konark Konark sun temple