They serve it organic

The city is rediscovering the taste and health of organic food through various dedicated outlets. These serve dishes and wholesome meals made with traditional millets and spices.

CHENNAI: When was the last time you had ragi kanji instead of a fancy protein shake, after a workout? Keerai vadai and millet dosa for breakfast, varagu sambar sadam for lunch and panakarkandu paal to wash it all down? With more people turning towards a healthy lifestyle and consuming organic food, the city has been witnessing an influx of new restaurants that swear by the age-old organic recipes, which didn’t have any unwanted chemicals or additives to it. 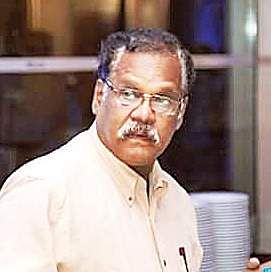 Sundaraleela Rathnasabapathy who runs Sri Seeraga Samba Millets and Organic Restaurant in Pallavaram along with her husband opines that ‘organic’ has become the way of life for many, in the last couple of years. “We have been very conscious about our lifestyle from the beginning and we merely wanted to share the experience and benefits with others. That’s when we decided to set up a restaurant that gives healthy yet tasty food. It has been four months since we started it and we have been seeing some good crowd,” she shares.

From using fresh organic vegetables, rock salt and rice straight from their farm in Nanillam, a town in Thiruvarur district, the restaurant follows a farm-to-farm concept. Kuzhi paniyaram, sweet and savory made out of kambu and kezhvaragu, kambu adai, millet dosa, idly and vazhaipu vadai are fast sellers. “The awareness level about organic food has grown over the years. ” she explains. While organic food has become synonymous to ‘upmarket’ in the city, Sundaraleela says that it’s affordable to all. “It varies from restaurant to restaurant. But, we have even small wage labourers come and eat raagi kali, ulundhu kali and kambu dosai. They enjoy the traditional food more than anyone!” she shares. Narusuvai Organic Kitchen, Velachery, serves quick bites of ‘regular dishes, in an organic way’.

“A lot of organic restaurants stick to making food with millets. What we do here is regular dishes like sambar, rasam, vathakuzhambu, puttu, idlies etc. with organic ingredients. But, we do have the authentic millet variety dishes as well,” says Vignesh, manager. The eight-month-old restaurant boasts a plastic free environment and Vignesh shares that it was a conscious decision to stick to being natural. “We use sugarcane boxes for packaging and give away only in paper bags.

It compliments the food and gives a holistic approach to what we are trying to convey — about an organic living,” he shares. Ask him how the idea to start an organic restaurant came about and he points to his parents. “They suggested that food was much better back then compared to what is available today. Anyone who has had organic food will vouch that the taste and feel of it is different,” he says. Some of these restaurants provide gluten-free meals and cater to a larger crowd with health ailments. Premas- Graama Bojanam, a three-year-old restaurant in Adyar, holds a rustic restaurant- cum-shaack look with wooden tables.

NS Krishnamurthi, the man behind the restaurant shares, “After decades of working and running around, I decided to start a restaurant that would provide food similar to what I grew up eating in my village.” He shares. From mixed kali, kavuni puttu, jolada roti, Tumkur thatte idli, Andhra pesarattu and a healthy lunch menu with a mix of varagu sambar and kuthiraivali rasam, there are a number of dishes to choose from. “Initially, I had a preconceived idea about the young generation and thought they wouldn’t eat such food. But what I later observed was that, given the chance and exposure, they are ready to try healthy food too!” he shares.

Mahamudra, Ka and, Green Cafe Organic Restaurant are some of the other eateries that have been helping Chennaiites rediscover their healthier roots. “Panagam, neer mor, and kombuchaa are making a come-back. Our meal is light and fresh. People are realising that the old way of living is best,” adds Mohan, general manager, Mahamudra.