Vishnu temple located in an ancient Chola hub in Chennai

Ayanavaram, an ancient region of Chennai, has three important temples of which two are for Siva.

CHENNAI: Ayanavaram, an ancient region of Chennai, has three important temples of which two are for Siva. The Vishnu shrine is dedicated to Kariya Manikka Perumal temple. This place is mentioned as Ayanapuram in an inscription of the 12th century AD discovered in the Parthasarathi Svami temple in Thiruvallikeni, Chennai.

In the central sanctum is the image of Kariya Manikka Perumal, small in size, in a standing posture with Sri Devi and Bhu Devi on either side, under the Kumbhakara Vimanam. His upper hands hold the Sankha and Chakra, while the lower right hand is in the gesture of blessing (abhaya hasta) and left hand is resting on his waist (kati hasta). 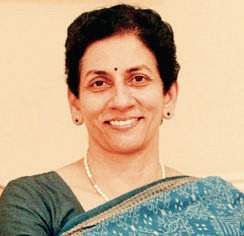 In the vestibule (antarala) which connects the main shrine with the mandapa is the processional image (utsava-murti), just like the main deity, but with his left hand in the boon-giving pose (varada hasta) and not in kati hasta.

The Azhvars are also in worship in the antarala and interestingly, there is a rare image of Vikhanasa Maharishi, founder of the Vaikhanasa Agama, also seen in the same place.

The mandapa in front of the main sanctum has granite pillars and vestiges of antiquity are visible here, but much modernisation has taken place over the years. There is a modern five-storey gopuram, with a few stucco sculptures at the entrance.

The other sanctums in this temple, which follows the codes of the Vaikhanasa Agama are for goddess Lakshmi, worshipped here as Kanakavalli Thayar; for Andal; Sudarsana (the discus of Vishnu) and Hanuman. The lamp-post (deepa-stambham) has many carvings of Krishna sculpted on the four sides near the base.