Developer who moonlights as a gamer

Meet Rajiv Nunna. The 25-year-old Hyderabadi assists his family in their business, and is almost like any other young man in his prime except when he lets his online persona ‘Haku’ resurface!

CHENNAI: Meet Rajiv Nunna. The 25-year-old Hyderabadi assists his family in their business, and is almost like any other young man in his prime except when he lets his online persona ‘Haku’ resurface! Yes, Rajiv aka Haku, is a pro online gamer of CS-Go who is associated with Sostronk, a popular gaming company. 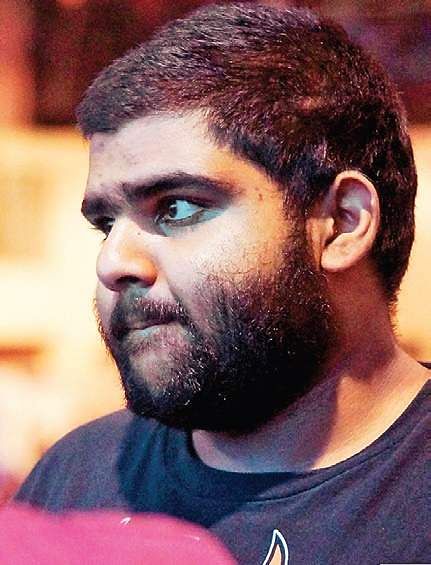 Apart from Counter Strike, Rajiv enjoys playing other games, like FIFA, GTA, as well. “When I was in school, my friends and I would play games all night at an internet cafe. Even now, whenever I get time, I pull an all-nighter just to enjoy this gaming world.”

An engineering graduate from University of Illinois, Chicago, Rajiv continued playing video games while in the US. The gamer in him still hadn’t taken shape. He continued to study, and completed a course at Image Institute of Technology. Around that time, he met a few people from the Sostronk gaming platform, with whom he formed a team, ‘Trademarc Gaming (tMg)’ which focuses on CS-Go. The team, which was formed online solely for fun, is now three years strong.

Rajiv doesn’t allot a specific time to practice. He has no fixed schedule and balances both his business and his passion for games. For the past year, his team has been laying low. Earlier they used to practice together for 3-4 hours every day. But now, due to careers and other responsibilities, gaming has taken a back seat.

“We are still figuring out our priorities. We play sometimes, but it is comparatively lesser. Whenever we get time, we practice together as much as we can,” says Rajiv.

In 2015, tMg bagged the second place in Video Game Fest Bangalore, a phenomenal win for the underdogs. Recently, they played at ESL India Premiership where they faced another great Indian pro-team, Team Entity. Although, tMg didn’t win the league, they loved the experience.

This year is still in murky waters for the team as everyone is busy. “We haven’t planned anything as such... but we will play when we want to,” he adds.  The team will soon play in ESL Premiership CS-Go Masters.
Though he tries to balance his work and passion, his family is not happy about him choosing gaming.

“I was an avid tennis player like my father and uncle. I didn’t pursue the sport in college. My family has never really been appreciative of my choice, but, they haven’t forbidden me from doing what I like,”
he shares.

Does he want to become a professional gamer? “I’m not sure about the future. For now, I play for fun, and that’s it,” he smiles.